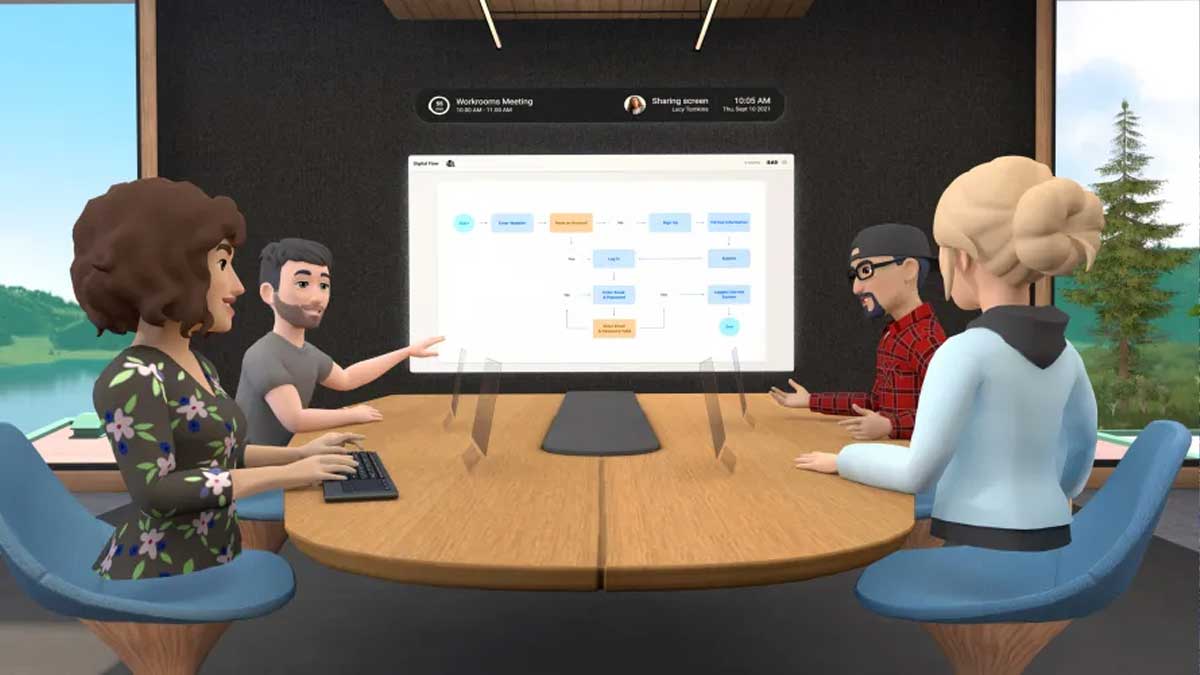 Following Facebook’s move to change its name to Meta to represent its engagement with the metaverse, Microsoft is preparing to establish its own version, which will likely focus on business.

Microsoft CEO Satya Nadella said the metaverse is “not only revolutionizing how we see the world but how we participate in it” in a tweet about the metaverse, an environment where digital avatars of people interact at work and play. He also displayed a video of Microsoft’s plans to incorporate itself into the rapidly evolving virtual world.

It’s no longer only about gazing at the camera view of a situation, according to Nadella. People may be present at the scene. You can now be in the same room with your colleagues rather than just videoconferencing with them. Mesh, a virtual reality collaboration platform, combined with Microsoft Teams will allow you to interact with your avatar and have a shared immersive experience right in Teams, according to Nadella.

The video then shows how the Microsoft Teams work in the metaverse through a few digital avatars. Artificial intelligence allows these animated avatars to mimic your voice by listening to it. The avatars can freely roam around and have face-to-face talks. It can also be used to train remote workers who are new to the company. New hires are able to work in the same area as their team leaders, allowing them to build more immediate and meaningful connections.

The Mesh can be connected with MS 365, giving Microsoft’s entrance into the metaverse a more corporate touch. “We can’t wait to see what you build and how you use this technology to bring people together,” Nadella added.