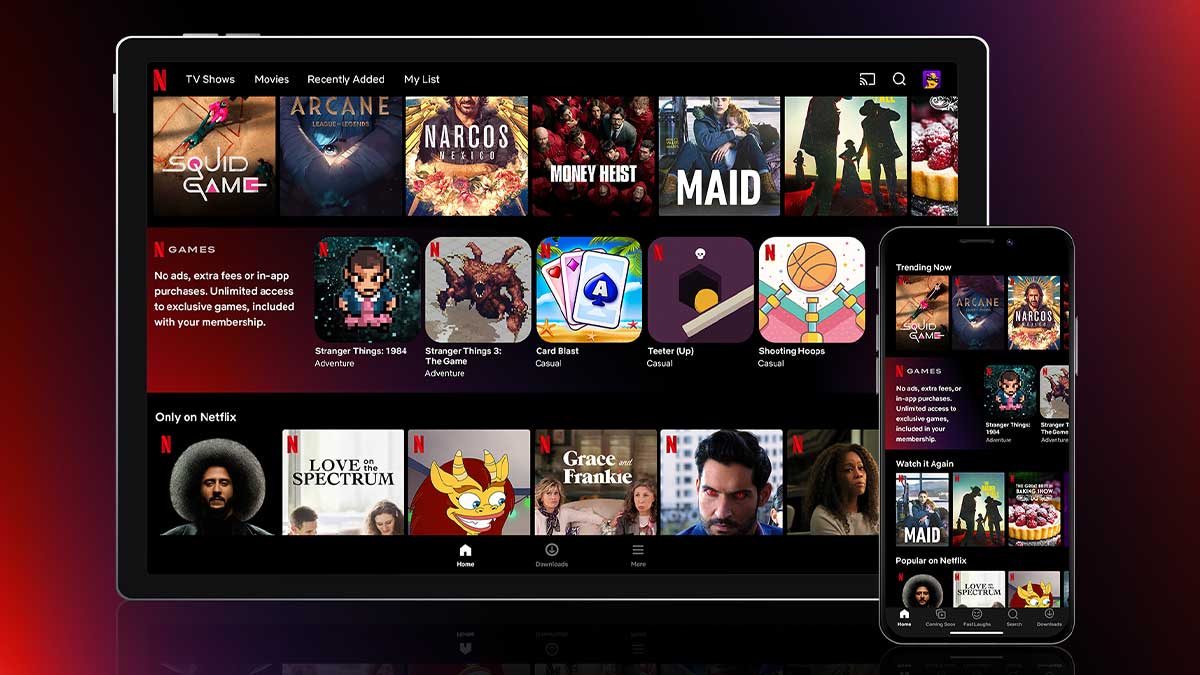 Netflix users can now download five free mobile games for Android and iOS from the Google Play Store or the Apple App Store and play them on their tablets and phones.

The new invention is the outcome of a multi-year experiment by the video streaming corporation to expand beyond movies and television programmes and provide innovative experiences to its investors and consumers.

Netflix started by releasing mobile games for Android devices, followed by an iOS debut a few days later. You can choose them from the dedicated games row or games tab on mobile devices, or from the categories drop-down menu on tablets, and then download them from app stores. The games will be accessible directly through the Netflix app after they have been downloaded.

The streaming giant does not charge any extra fees for allowing mobile games to be played on its platform. In addition, the company does not serve adverts or have in-app purchases when it comes to offering games on its platform. All of this, though, could be an initial step, since Netflix may be able to use gaming as a source of additional revenue in the future.

Netflix games are offered in as many languages as the platform’s regular offerings in order to appeal to a wider audience. Some games can even be played without an internet connection.

It’s also worth mentioning that the Kids profile doesn’t have any games. You’ll also be asked to enter the PIN you put up to prevent children from accessing your profile and using it to play games on your device.

Netflix announced its entry into the gaming industry in July. During its second-quarter results call, the company told investors that it saw gaming as a new content category.

Here’s how to get to Netflix Games: