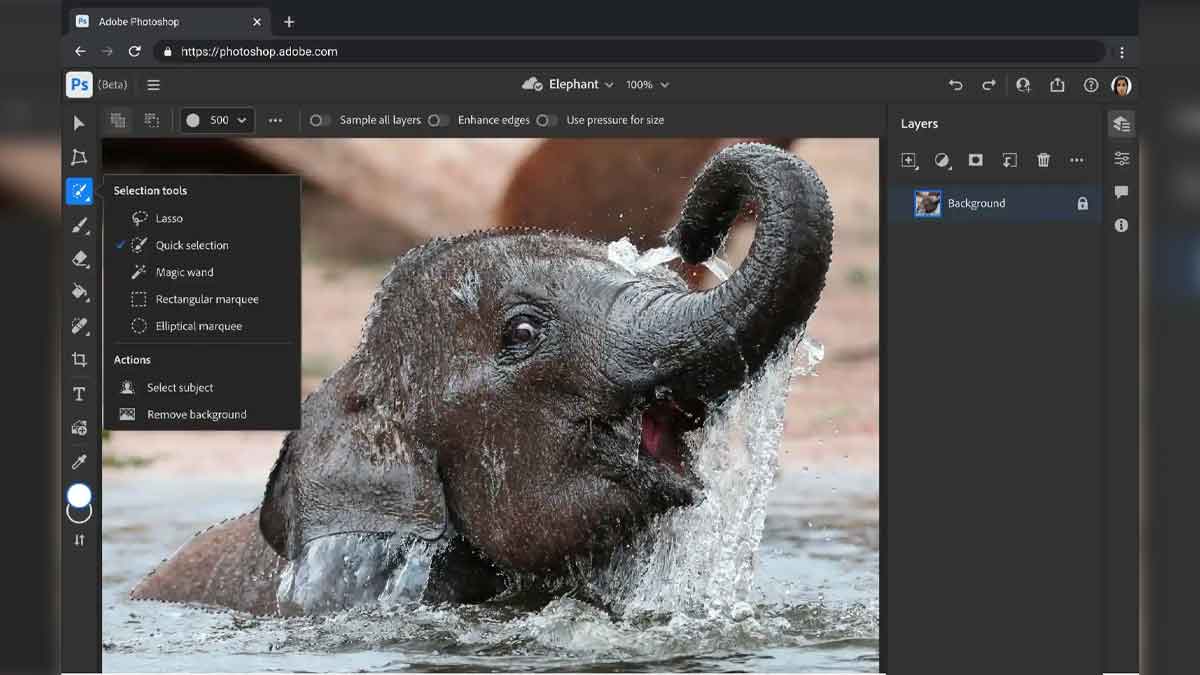 Adobe has begun testing a web-based version of Photoshop that is free to use, with the intention of making the service available to everyone as a method to attract more people to the tool.

The company is currently testing the free version in Canada, where customers may utilize a free Adobe account to access Photoshop on the web. Adobe characterizes the service as “freemium,” with the intention of gradually locking down some functions that will only be available to paid subscribers. Enough tools will be freely available to execute the tasks that Adobe deems to be the main tasks of Photoshop.

“We want to make Photoshop more accessible so that more people can test it out and explore it,” Maria Yap, Adobe’s VP of digital imaging, explains.

In October, Adobe launched its web version of Photoshop, a simple version of the tool that could be used to make simple modifications. Layers and key editing tools were included, but the software didn’t even come close to covering the app’s entire range of capabilities.

Instead, Adobe pitched it as a collaboration tool: a method for one artist to share an image with others, have them jump in, give some remarks, and make a few minor changes before returning it.

Adobe has made a few modifications to the service since then, and it’s also begun to expand it outside collaboration use cases.

Previously, a document had to be shared to the online via the desktop programme, but now any Photoshop subscription may log in and start a new document directly from the web.

Adobe’s goal is to leverage the web version of Photoshop to make the app more accessible and possibly entice users to upgrade to the full version later. A number of the company’s mobile apps, including Fresco and Express, have taken a similar approach.

The web version of Photoshop is especially significant since it brings one of Adobe’s most sophisticated tools to Chromebooks, which are frequently used in educational institutions.

Adobe did not provide a release date for the freemium version worldwide. Meanwhile, Adobe continues to add new features to Photoshop for web, such as refine edge, curves, the doge and burn tools, and the ability to convert Smart Objects. Mobile capability for rating and commenting on photographs is also coming to the online version.

Adobe also showed off a new AI-powered Neural Filter that will be available in Photoshop. The new “photo restoration” filter may automatically wipe up scratches and restore some of the colour in a faded yellowed photo.

The two filters, when paired with Adobe’s existing colourize filter for adding colour to black-and-white photographs, may rapidly bring an old shot to life, even if the finished result is a little cartoony.