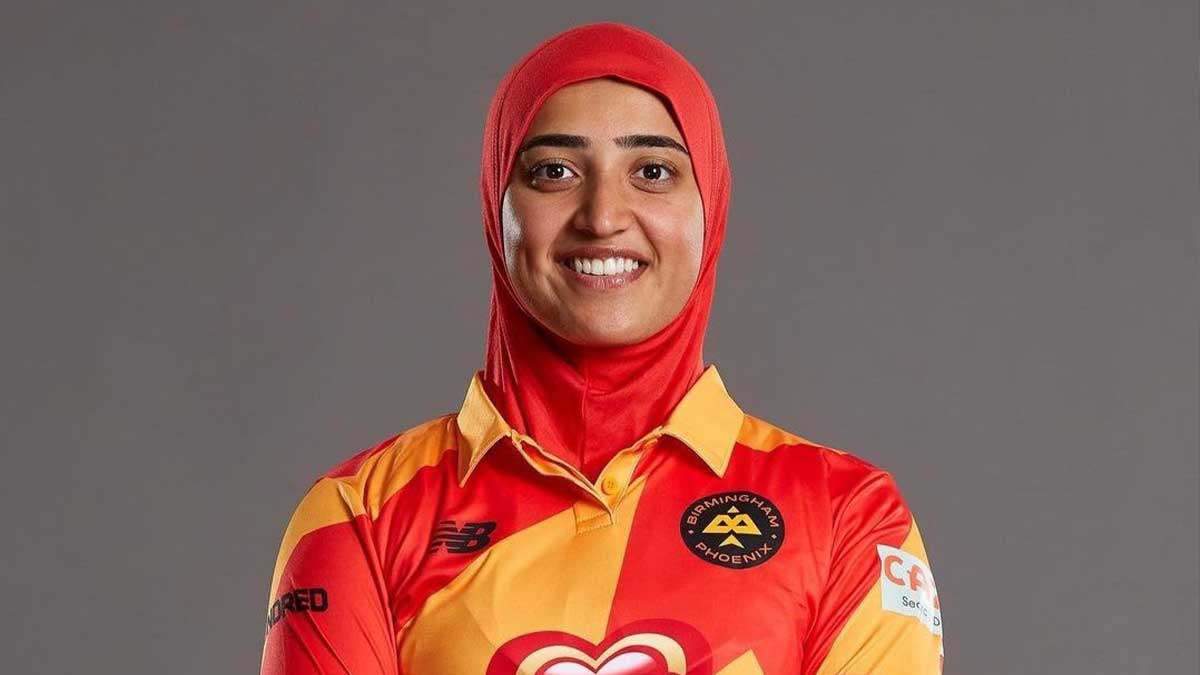 A hijab-wearing British Muslim Abtaha Maqsood wants other British female Muslims to not get effected by the barriers of society who might be facing cultural and religious barriers, to take up cricket as a profession.

Abtaha is a Britain’s first hijab-wearing Muslim female to play international cricket and she wants other young British Muslim girls to take up cricket as a profession.

She is a 22-year-old cricketer, who is currently playing for Birmingham Phoenix in the new short format 200-ball cricket tournament The Hundred in England, started playing cricket as a little girl in the garden of her house with her father and brothers.

While speaking to the media at the Edgbaston Cricket Stadium in Birmingham, Abtaha said that the inspiration behind playing cricket are her partners and brothers. She added that she had the complete support of her family to pursue the sport as a profession.

Abtaha called her father as her top supporter throughout the journey. “My dad and my mom are both massive cricket lovers. But my dad, in particular, says all sports are important,” she said.

Moreover, speaking about her choice to wear the hijab, Abtaha said, “Wearing a hijab was my own choice. I went away to perform Umrah with my family when I was 11, and on our way back to the UK, I saw my mum started wearing hijab. So I asked her why was she wearing that and then she told me [how it was a religious obligation], so I decided to wear one as well.”

She, then motivated other girls, “I really hope that people, when seeing me, could realize that it is possible to play cricket and wear hijab at the same time. And there are people out there who can support young girls through it if they really want to play cricket at a high level or any other professional sport for that matter.”

Abtaha’s parents are originally from Lahore, Pakistan, was born in Glasgow, Scotland, on June 11, 1999.