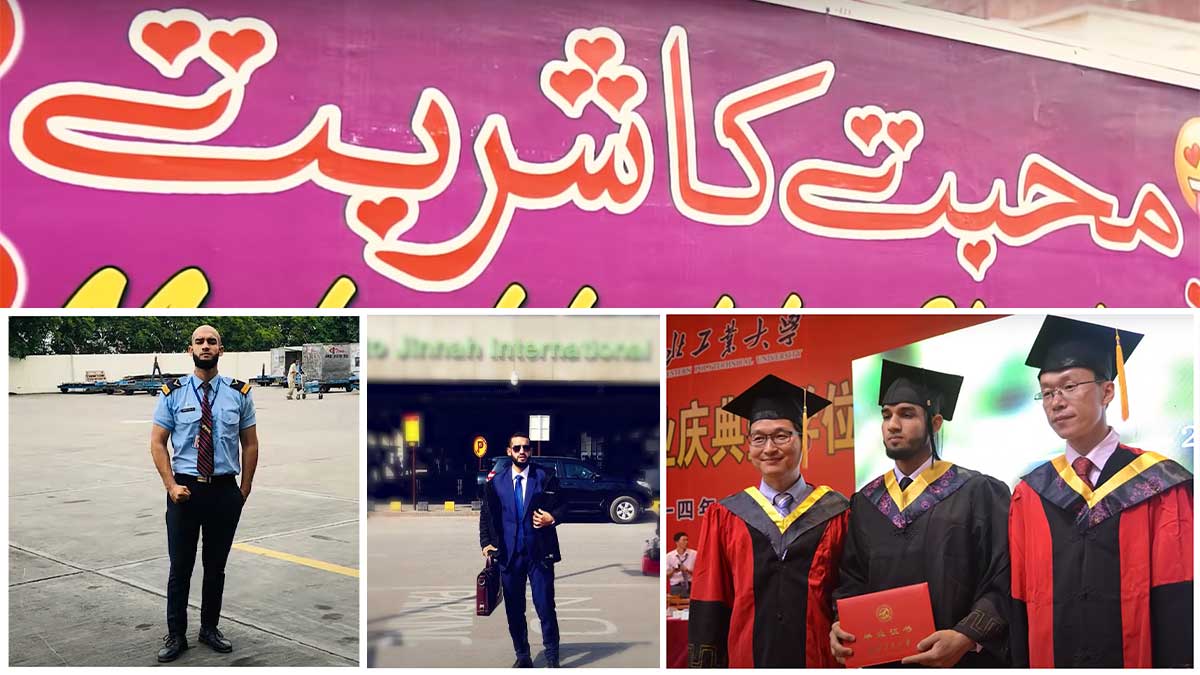 Hailing from Karachi, Abdul Malik went to China and attained a degree in aeronautical engineering but ended up selling juice upon his return to Pakistan owing to a lack of employment opportunities.

When Abdul Malik went to China to obtain his degree, he had high hopes as his education background was good enough. He had schooling from the United Arab Emirates and later on, he enrolled at a Chinese University to get a bachelor’s degree in aeronautical engineering.

However, when he returned to Pakistan, he also got a chance to intern at the Pakistan Aeronautical Complex Kamra, followed by a job as a trainee engineer at the Peshawar Flying Club. There he spent a few years working as an assistant ramp officer at a private company.

But despite his qualification and experience, he could neither find a suitable position nor a fair salary.

Abdul Malik applied in every company related to aviation

Abdul Malik While speaking to the media, said that he tried applying to all the airports in the country and sent applications to every aviation-related company, but he never received a positive response from anywhere.

“I think I had to face a setback because there was no one to refer me,” said Abdul Malik, who also turned out to be proficient in five languages, including Urdu, English, Chinese, Pushto, and Arabic.

As time passed, he could no longer sustain a family by earning an insufficient salary, Abdul Malik was left with no other options but to sell watermelon juice to make ends meet.

“I stayed jobless for six months before trying to sell juice. But once I started, it became an instant hit and people started loving it,” he said. “I think my career and future have been destroyed.”

He later uttered his disappointment that he would throw away his degrees and certificates because they have been rendered useless because of the system.