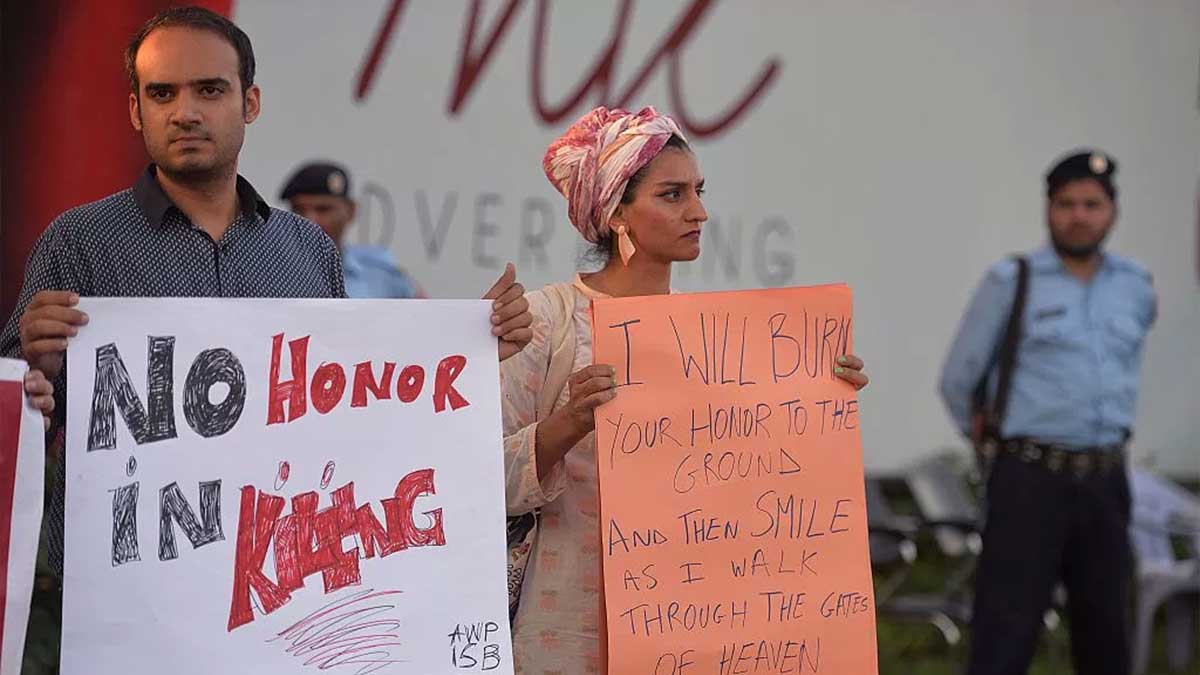 At least 81 women have been reported to be killed in the name of Honour across the Punjab in 2021, highest number reported in Gujranwala.

According to the report, Pakistan Tehtreek-e-Insaf’s (PTI) MPA Syeda Zahra Naqvi presented the statistics that the incidents of honour killings showed an alarming surge in the province as 81 women were killed in the name of ‘honour’ in the province meanwhile 17 cases belong to Gujranwala city.

The statistics shows that;

PTI MPA said that 178 suspects killed women in the name of ‘honour’. Out of total, there are 62 suspects but 178 are still at large and police were clueless about why they could not be arrested.

In this alarming situation, the provincial government is going to introduce legislation specifically on “women’s murder in the name of honour” wherein exemplary punishment will be proposed for the assailants.

According to PTI MPA Seemabia Tahir, “The process has been initiated and the quarters concerned have been taken on board to ensure that the legislation which the provincial government would introduce in coming two or three sessions of the Punjab Assembly will be a comprehensive legislation and there will be no loopholes in it,”

She further said that the incidents of honour killing were increasing day by day and women were murdered in the name of ‘honour’.

Moreover, MPA Seemabia was asked a query that what sort of punishments would be proposed for the assailants, she replied that all relevant issues were being discussed but one thing was quite clear that the exemplary punishment would be given to root out the reoccurrence of the incidents.

“Secondly, we are also discussing that how a comprehensive campaign could be launched to aware people giving them message to stop such murder of women in the name of honour.”