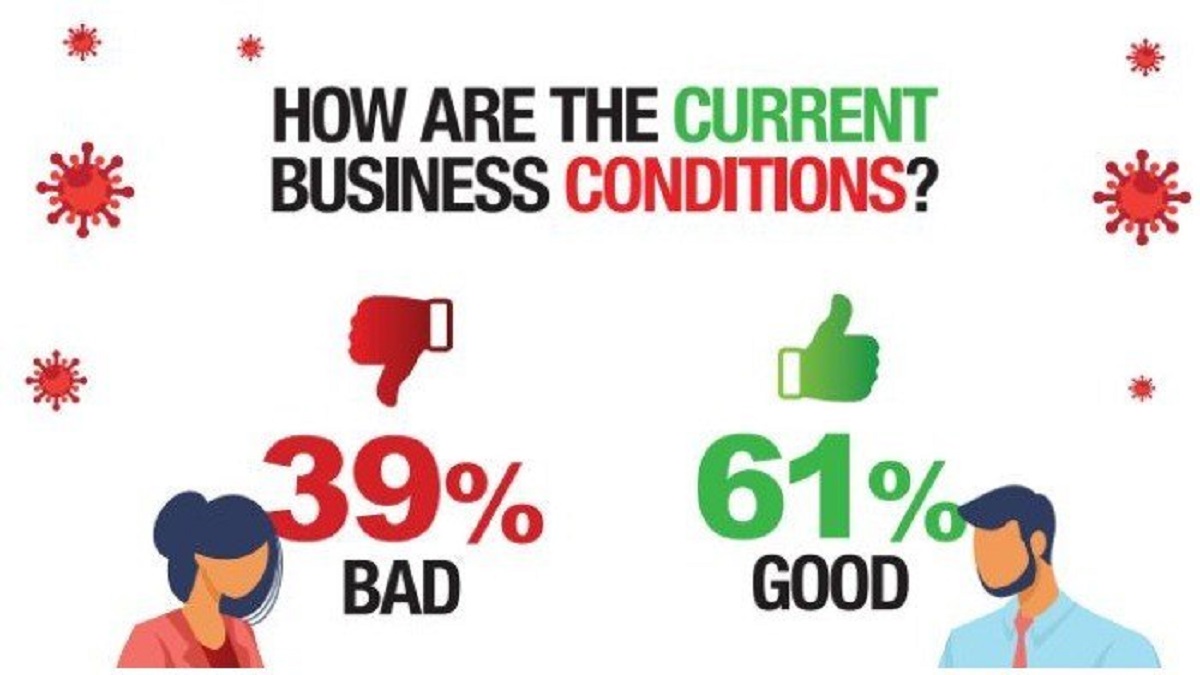 In spite of the fact that covid-19 has drastically affected the business community in Pakistan but as per the statement of 61% of entrepreneurs, they have no major issue rather enjoying good business conditions.

According to the survey conducted by Gallup Pakistan, only 39 percent of entrepreneurs suffered due to unfair conditions that occurred amid the pandemic. When they were asked regarding their current situation of businesses, they seemed unhappy, while, the other 61 percent seemed satisfied with their business.

More than 400 businesses participated in the survey, conducted from across the country. The survey was carried out for the 4th quarter of Gallup’s Business Confidence Index. Moreover, a sector-wise collapse among those who remarked of enjoying their good business conditions showed that they either belonged to the manufacturing industry i.e. 68 percent, or services industry with 58 percent. Whereas 52% belonged to the trade industry.

However, they were further asked about their expectations for business conditions in the future. At least 28 percent of respondents replied negatively while 72 percent seemed hopeful for the improvement in the businesses activities in the future. As per the survey, the net score of hopes regarding future business improvement has reduced from 58% in the 2nd quarter to 44%.

Out of those 72 percent, who seemed optimistic towards a better future, 72 percent of them belonged to the manufacturing sector whereas, 84 percent belonged from the trade industry and 73 percent were associated with the services sector.

They were also asked their views regarding the current condition of the country. 47 percent answered negatively by saying that Pakistan is not going in the right direction while 53 percent responded optimistically. According to the province-wise distribution of the respondents who remarked of the country’s being gone in the right direction, Balochistan; 50 percent, KPK; 50 percent, Sindh; 72 percent, and Punjab; 48 percent.