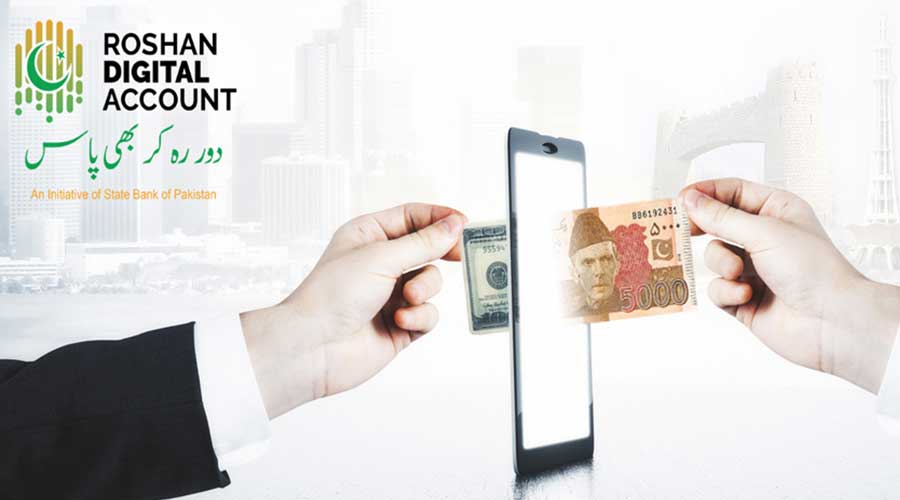 Foreign exchange inflows from overseas Pakistanis under the Roshan Digital Accounts have reached more than $480 million in five months.

Dr. Reza Baqir, the Governor State Bank of Pakistan has said that the performance of the RDA initiative has been very encouraging. He declared, “Around 86,000 RDA accounts have been opened so far. We have received over $480 million from around 97 countries around the globe and $327 million have been invested in Naya Pakistan certificate (NPCs).”

While addressing at the launching ceremony of the RDA initiative joined by Habib Metropolitan Bank Limited, He further said that within four to five months, overseas Pakistanis have invested $165 million in the conventional Naya Pakistan Certificates whereas the sum of amount, invested in a shariah-compliant version of the NPCs comes to $145 million.

Mr. Baqir said, “Today the current account is in surplus due to the implementation of market-based exchange rate regime- a key institutional change. The increase in the central bank’s foreign exchange reserves to $13 billion from $7 billion is not because of foreign loan.”

He advised the Habib Metro that has recently joined this initiative that it must establish a dedicated RDA team to fix the issues that can be faced by the customers.

Habib Metro President and Chief Executive Officer, Mohsin Ali Nathani said around 100 accounts have been opened under RDA through the bank and $5 million have been received in recent few days.

Roshan Digital Accounts were launched for Pakistanis, living abroad to enable them to open accounts in Pakistan through online portals without physically visiting the country.

The initiative aims to attract millions of overseas Pakistanis by offering much higher returns on their deposits compared to the returns in developed economies.

Banks offer both Islamic and conventional accounts and in various eligible currencies, not only in dollars according to the rules and regulations.