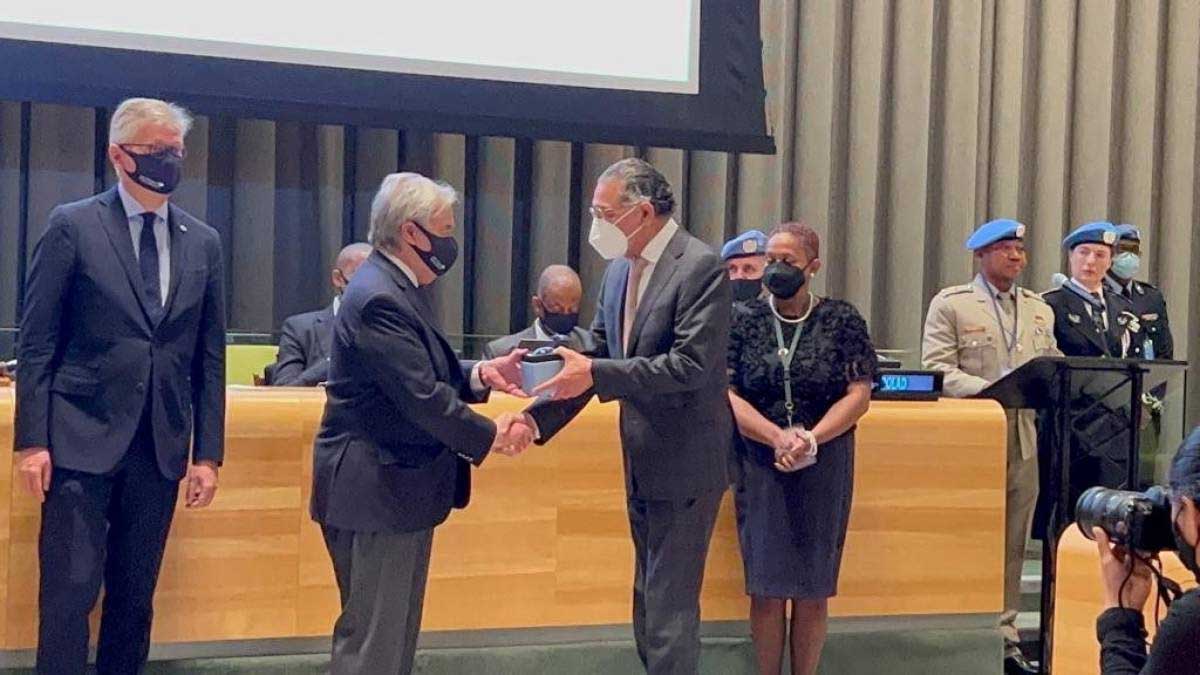 Six Pakistani UN peacekeepers were given UN medals of courage for giving their life for the pursuit of peace in a helicopter crash in March this year.

Five of the six were members of the armed forces: Tahir Ikram, Tahir Mehmood, Mohammed Naeem, Adil Jan, and Mohammed Shafiq, while Ibrar Syed was the only civilian.

Secretary-General António Guterres placed a wreath at the UN Headquarters to commemorate the approximately 4,200 United Nations peacekeepers who have died since 1948.

Following that, the Dag Hammarskjöld Medal of Courage was posthumously given to 117 military, police, and civilian peacekeepers, including six Pakistanis, who died while working under the UN banner in the previous year.

“We are committed to assisting conflict-affected vulnerable populations, and we will continue to adapt to the changing environment and needs of peacekeeping operations,” Akram said.

“We feel their pain and will never forget these warriors who earned honour and recognition for their country,” he said.

On March 29, a Puma helicopter flying eight UN peacekeepers, including six Pakistanis on a reconnaissance mission, crashed in the turbulent eastern Democratic Republic of Congo, killing all eight (DRC).

“Pakistan has always played a major role as a responsible member of the international community to better achieve ideals of global peace and security through active participation in various UN Peacekeeping missions,” the Inter-Service Public Relations (ISPR) said in a brief statement, confirming the development. Our peacekeepers have consistently distinguished themselves by devoting themselves to difficult peacekeeping missions in conflict-prone areas and, where necessary, making supreme sacrifices,” the ISPR continued.