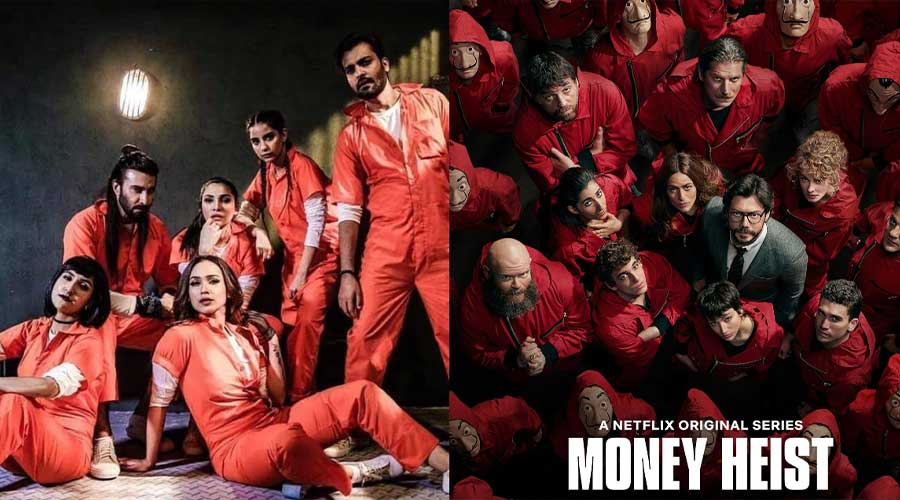 The teaser for the upcoming 50 Crore movie is being dubbed as a rip-off of the popular Spanish show on Netflix titled La Casa De Papel or Money Heist.

The revival of Pakistani cinema is still in phases. With each passing day many directors have come up with good movies and some are even trying to bring unique ideas for Pakistani filmgoers. However, the new film 50 Crore is trending on social media for all the wrong reasons.

The first official poster of 50 Crore which was released was a blatant copy of the Spanish hit season Money Heist. A Netflix series La Casa de Papel’ (Money Heist) is a Spanish hit show which revolves around mastermind robbers who carry out the robberies in the most perfect way in the history of Spain. The show grabbed millions of fans from all around the world to see the main character professor deploy his strategies perfectly.

With the latest posters of 50 Crore, Pakistanis are very disappointed by the copy-paste approach, as the movie copies the same part of the Money Heist show which includes mugshots of the robbers and the name of places they are from. After observing heat from the country and the Twitter bashing of the teaser, the director came out to calm the audience and stated that the movie is so much more than what the posters interpret. But still, we are doubtful what the storyline will be.

Many local art films managed to be on the international platform and received enormous appreciation and awards but in their native country, there is a rare chance that these art films get showcased in cinema houses. But a film like 50 crore which is clearly a copy will get high attention from the cinema halls. We believe that now is the time to make our own content and stop this copying international culture.