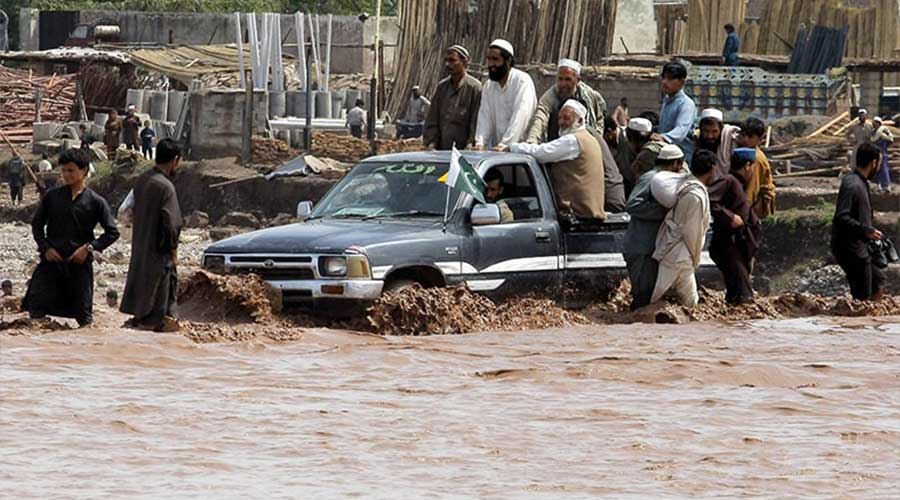 PDMA has reported a total of 48 deaths in Khyber Pakhtunkhwa due to devastating rains since the start of the latest spell of downpour on August 26.

Although the effects of climate change have badly damaged the socio-economic condition of Pakistan and it has caused the loss of crops, roads, and bridges but the situation in Khyber Pakhtunkhwa is even worse.

Dozens of people have died of this disaster of weather. To avoid further loss, many villages around Nowshera, Charsadda have been vacated and the tourists are being taken out of the disturbed areas safely.

According to the Provincial Disaster Management Authority (PDMA), 48 people have died and 67 have been injured due to the flooding condition. 94 houses have been completely ruined and 191 houses have a partial loss.

PDMA has requested the tourists to be very careful of the devastating rains and the arrangements to open the closed roads Khyber Pakhtunkhwa are being done. The people of the affected localities are fully aware of the condition that arose due to the heavy rains.

In a banda, a village of Swabi, 5 people have died and 2 injured due to the destruction of a house. The dead bodies and the injured have been shifted to the Bacha Khan Medical Complex, Swabi. On the other hand, the Deputy Commissioner, Nowshera Mir Raza, has issued the red alert and the people, living beside the Kabul River have been directed to be away from the river. Four people died in Ougi Hussain Banda, a village of Mansehra due to the destruction of a house.

At Chatter plain, another village of Mansehra, 5 people died due to the fall of the roof. On Fiza gut road, Sawat, traffic was badly jammed due to land sliding, and few people drowned in river Swat whose dead bodies are traced by Rescue 1122.