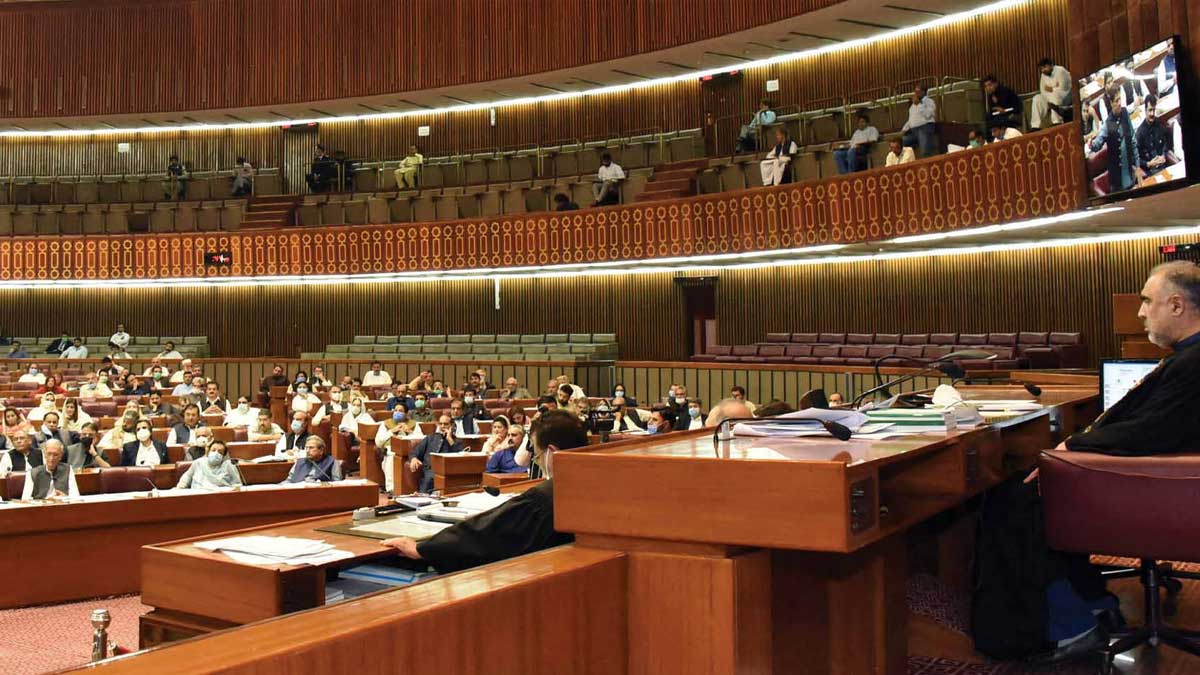 Despite the opposition’s protests, the joint session of Parliament passed three significant bills on Wednesday, including the use of electronic voting machines (EVMs), the Second Election Amendment Bill 2021, and the Kulbhushan Jadhav bill granting him the right to appeal.

In the joint session of Parliament, Adviser to Parliamentary Affairs Dr. Babar Awan submitted bills related to the use of EVMs and the Second Election Amendment Bill 2021.

The bills were passed with majority.

Read more: E-voting: Which countries use it, where has it failed and why?

Following the bills’ passing, the opposition began to raise a ruckus and tore up copies of the agenda. The Speaker NA attempted to maintain the house’s decorum, while the opposition continued to disrupt the proceedings.

Following the passing of the laws, the opposition in joint session staged a walkout, claiming that National Assembly Speaker Asad Qaiser was dismissing their concerns that the government had the necessary votes to pass the bills.

There were 60 items on the agenda, according to the orders of the day published on the National Assembly website.

Prime Minister Imran Khan has stated that he has no personal motive when it comes to electoral reform legislation.

Imran Khan, the Prime Minister of Pakistan, arrived at Parliament House for the joint session. In an informal media interview, the prime minister stated that the country’s future is dependent on democratic processes that are fair.

We Have the Required Numbers: Shahbaz Sharif

Earlier, Mian Shehbaz Sharif, the leader of the opposition in the National Assembly and the president of the Pakistan Muslim League-Nawaz (PML-N), had stated that the opposition has the necessary numbers in parliament.