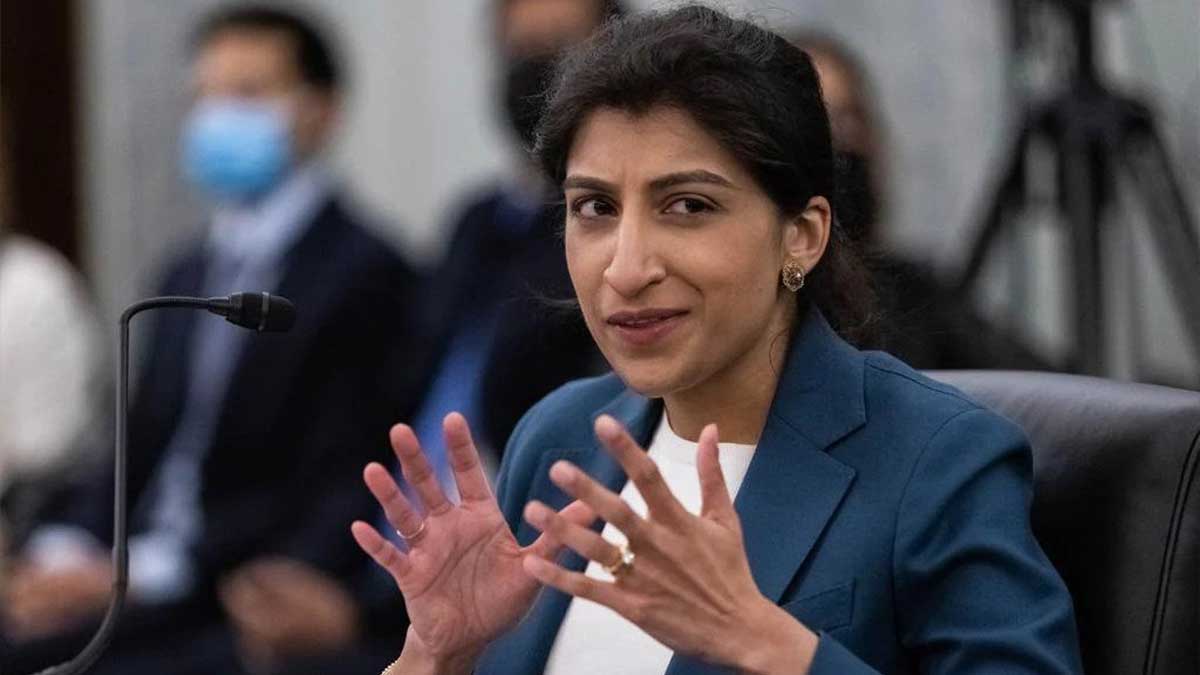 US President Joe Biden has chosen Pakistan-origin Lina Khan, a staunch critic of big tech, to lead the Federal Trade Commission. Lina Khan was sworn in as the FTC chair on June 15 and will serve until September 25, 2024.

The antitrust expert is well-known for her critique of Big Tech’s market dominance. On Tuesday, the Senate confirmed her candidacy by a vote of 69 to 28. President Biden nominated Lina Khan in March, and she was appointed to the position on the same day.

Lina Khan stated in a statement, “It is a terrific pleasure to have been nominated by President Biden to lead the Federal Trade Commission.” “I’m excited to collaborate with my colleagues to defend the public from corporate wrongdoing.”

She further said, “I’m so grateful to the Senate for my confirmation. Congress created the FTC to safeguard fair competition and protect consumers, workers, and honest businesses from unfair & deceptive practices. I look forward to upholding this mission with vigor and serving the American public.”

Sen. Elizabeth Warren, who campaigned on breaking up Big Tech, said in a statement on Tuesday that the Biden administration’s appointment of Lina Khan as Chair of the Federal Trade Commission is “tremendous news.” “Lina brings a wealth of experience and knowledge to this position, and she will be a fierce advocate for consumers.”

The FTC website says, “Prior to becoming Chair of the FTC, Khan was an Associate Professor of Law at Columbia Law School,” it adds, “She also previously served as counsel to the U.S. House Judiciary Committee’s Subcommittee on Antitrust, Commercial, and Administrative Law, legal adviser to FTC Commissioner Rohit Chopra, and legal director at the Open Markets Institute.”

The website further said: “The Federal Trade Commission works to promote competition, and protect and educate consumers. You can learn more about consumer topics and report scams, fraud, and bad business practices online at ReportFraud.ftc.gov. Like the FTC on Facebook(link is external), follow us on Twitter(link is external), read our blogs and subscribe to press releases for the latest FTC news and resources.”

Who is Lina Khan?

Lina Khan was born in London on March 3, 1989, to Pakistani parents. She and her family relocated to the United States when she was 11 years old.

Khan was an Associate Professor of Law at Columbia Law School before becoming Chair of the FTC. She has also worked as counsel for the House Judiciary Committee’s Subcommittee on Antitrust, Commercial, and Administrative Law, as well as legal consultant to FTC Commissioner Rohit Chopra and legal director at the Open Markets Institute.”

Lina Khan’s antitrust and competition policy research has appeared in the Columbia Law Review, Harvard Law Review, University of Chicago Law Review, and Yale Law Journal, among other publications. She is a Yale Law School and Williams College graduate.