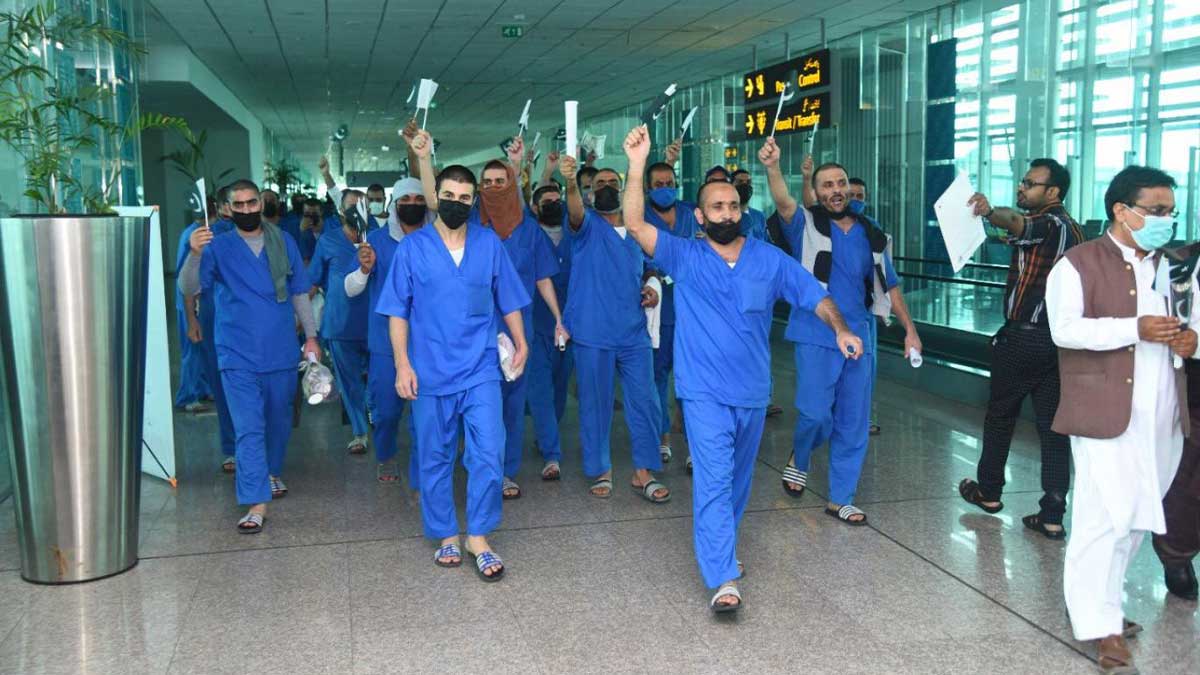 The Saudi government has released 28 more Pakistani prisoners who had been languishing in the jails of Saudi Arabia for petty crimes on Tuesday. These prisoners released by the kingdom have been brought back home via Pakistan International Airlines’ flight 9246 on Tuesday.

Minister of State for Information and Broadcasting Farrukh Habib further reiterated the return of the Pakistani prisoners in a tweet.

“Due to the special efforts of PM Imran, more Pakistanis imprisoned in Saudi Arabia have been released and will arrive at the Lahore International Airport at 6am on Tuesday,” Farrukh wrote on his Twitter handle a day ago.

Earlier, on July 21, on the occasion of Eidul Azha, the Saudi government released sixty-three Pakistanis who had been imprisoned in Saudi Arabia for petty crimes.

According to a source, Saudi King Salman bin Abdulaziz authorised the release of Pakistani inmates after Prime Minister Imran Khan made a specific appeal.

Pakistan’s Ministry of Foreign Affairs, Ministry of Overseas Pakistanis, and Pakistani consulates coordinated for their repatriation to Pakistan after they were released from various jails throughout the kingdom.

Dr. Amer Sheikh, Managing Director of the Overseas Pakistanis Foundation (OFP), received the liberated inmates, together with senior officials from the foundation, the Ministry of Overseas Pakistanis and Human Resource Development (OPHRD), and their families.

These Pakistanis chanted “Pakistan Zindabad” and “Imran Khan Zindabad” slogans in celebration of their freedom and return to their homes ahead of Eid.

They also thanked the present government for its “outstanding efforts” in this regard.

According to an OPF spokeswoman, the Pakistan Mission in Riyadh, as well as the ministries of foreign affairs and the OPHRD, worked tirelessly to free these inmates imprisoned in minor drug-related offences.

He claimed that the OPF and other relevant departments made arrangements to make it easier for them to return to their hometowns and celebrate Eidul Azha with their families.