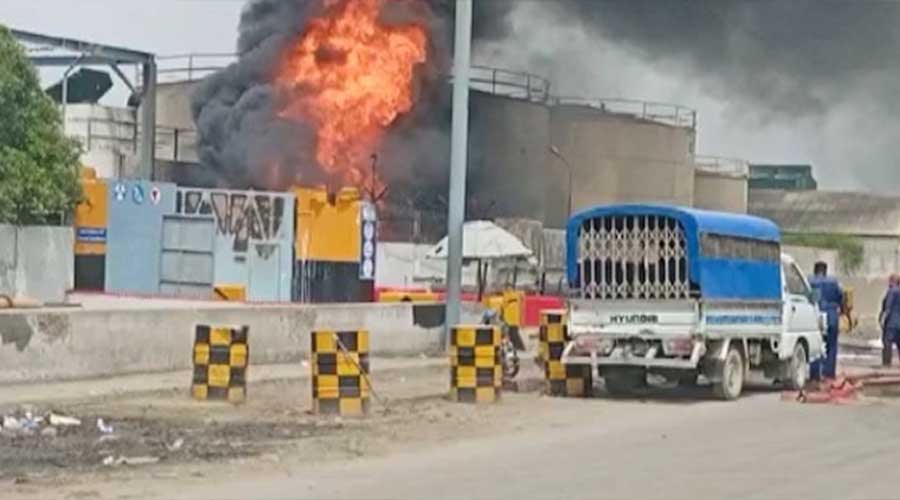 On Thursday, a fire broke out at an oil terminal in Karachi’s Keamari area where two people burned to death at the spot while at least three were injured.

According to the officials and eyewitnesses, 5 people became the victim of fire burn. Police said that the blaze erupted in the Shell Oil Depot at Keamari Terminal-1 following which three people were shifted to the Burns Centre of the Dr. Ruth Pfau Civil Hospital Karachi with injuries.

Jackson police Station House Officer, Malik Adil Khan in the very beginning told that five employees of the private oil company have been reportedly present when the fire broke out. He further told that the two men’s whereabouts were unknown but it was confirmed that two dead bodies have been found from the site where the fire broke out. The deceased was identified as Shahid and Salih Mohammed. The death of two persons in Keamari fire and the injured ones were all the employees of Shell Pakistan.

Moreover, in the statement by the Shell Pakistan Limited spokesperson, he said that the dreadful incident happened at a PSO import line of 20 inches diameter “passing inside Shell Pakistan’s terminal 1” at Keamari caught fire. They added that authorities at once became active and controlled the whole situation very efficiently. The emergency rescue services along with shell Pakistani team acted quickly at the site and “extending their support in ensuring the safety of every person present at PSO terminal”.

“Pakistan being an import-reliant country needs to ensure the most stringent of [safety] compliance in terms of pipelines for the fuel supply coming into Karachi and Shell Pakistan is willing to support all stakeholders in this regard so that such unfortunate incidents can be avoided,” the spokesperson added.

The spokesperson for the Pakistan Rangers Sindh confirmed in a statement that the fire broke out in a petrol unit at Keamari oil terminal-1.