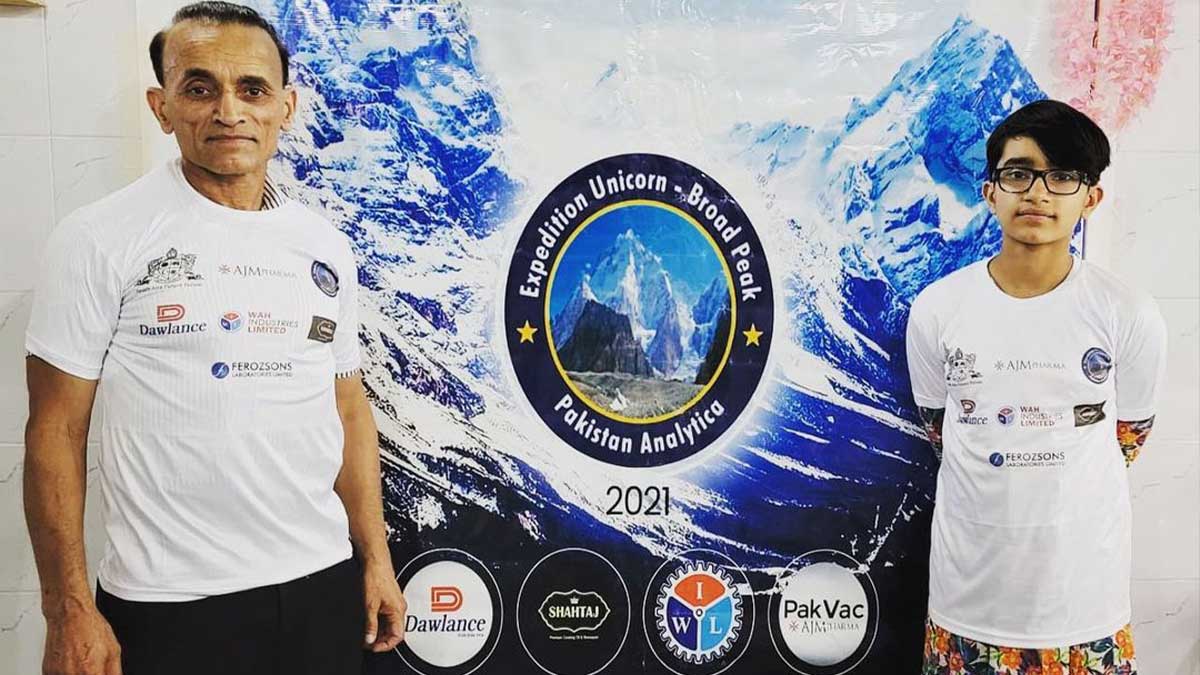 A 12 years of a young girl, Selena Khawaja is going to summit Broad Peak, an 8047-meter-high mountain, with her father, Yousef Khawaja.

Selena Khawaja, an enthusiastic young girl will summit Broad Peak with her father. This is the 12th highest peak in the world located on the border of Pakistan and China. It is considered to be a difficult summit.

Whereas, in 2019, Shehroze Kashif became the youngest Pakistani to reach this height and the youngest ever to summit this peak at the age of 17. Selena plans to summit the peak this year and is five years his junior.

Selena was only 6 years old when the young mountaineer started climbing mountains. She grew up in Abbottabad. Her father, a single parent, encouraged and helped her reach her potential.

It would set a new world record if Selena and her father successfully summit. It will be the pride of Pakistan to have youngest person to climb an 8000-meter mountain.

When Selena was 10, she had already reached the top of many peaks – the highest of which is Spantik Peak at 7,027m in District Shigar.

Moreover, Selena plans to summit the Mount Everest climb up next. As per her’s father remarks, funds are the only hurdle for the 12-year-old.

She has achieved much despite a lack of sponsors. However, in 2020, she met with Vannessa Obrien, a famous explorer and mountaineer of the world, who took Selena under her wing as a mentor.

Another climber, name Hassan bin Aftab from Pakistan Analytica is also her sponsor.

Climbing Mount Everest will also award Selena a record for the youngest girl to ever climb the 8,849m peak. The current record is held by Mulwah Purna at 13 years and 11 months and a boy from USA, Romaro, who is 13 years and 9 months old.