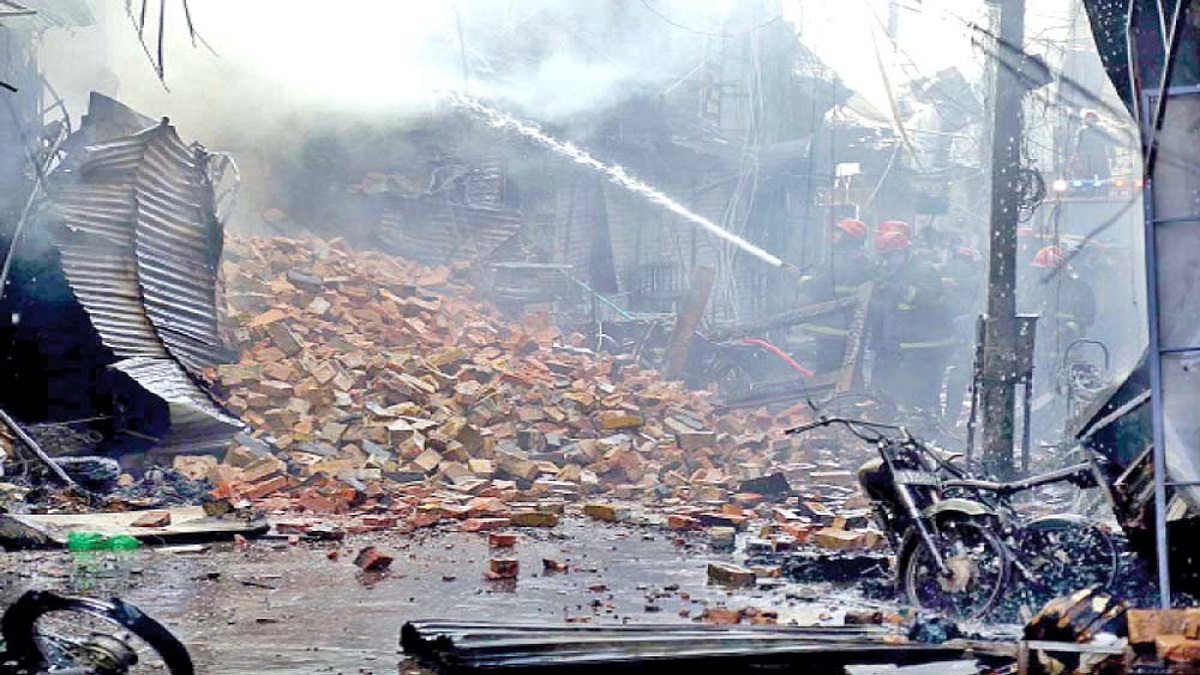 More than 20 shops in Urdu Bazaar, Rawalpindi set on fire on Thursday, the fire started due to the short circuit and burnt canvas over a shop and spread rapidly.

According to the people, present on the occasion, the fire started due to the short circuit and burnt canvas over a shop and spread rapidly. The climate of the city was very windy which caused the spreading of fire and more than 20 shops were badly destroyed and burnt. Adding injury to fire, the petrol tank of a motorbike, parked near the shops burst which became another reason and fire caught many shops.

A bakery, a printing press, and other adjacent shops were bunted badly. The stationery shop was also the main reason for the spread of fire as the shop had a huge stock of inflammable material like books, copies, plastic goods, etc. Residents of the area suffered a lot due to smoke caused by the fire. The firefighters of Rescue 1122, CDA, and Punjab Police rushed to the affected place, but as the area is badly crowded, they all faced a big problem in reaching the fire spot.

However, well managed and quick action was taken by all and sprayed water to extinguish the fire. District administration also called the troops of the Pakistan Army.

The fire extinguishing activities were carefully monitored therefore, the fire was overwhelmed in a limited time. Shaikh Rasheed Ahmad, the federal Minister said that he and the government were with the victims of the Urdu Bazaar fire, and affected people would not be left alone. He said that the government would compensate the victim traders. Shaikh Rasheed Ahmad appreciated all concerned who took quick action to get rid of the firestorm.