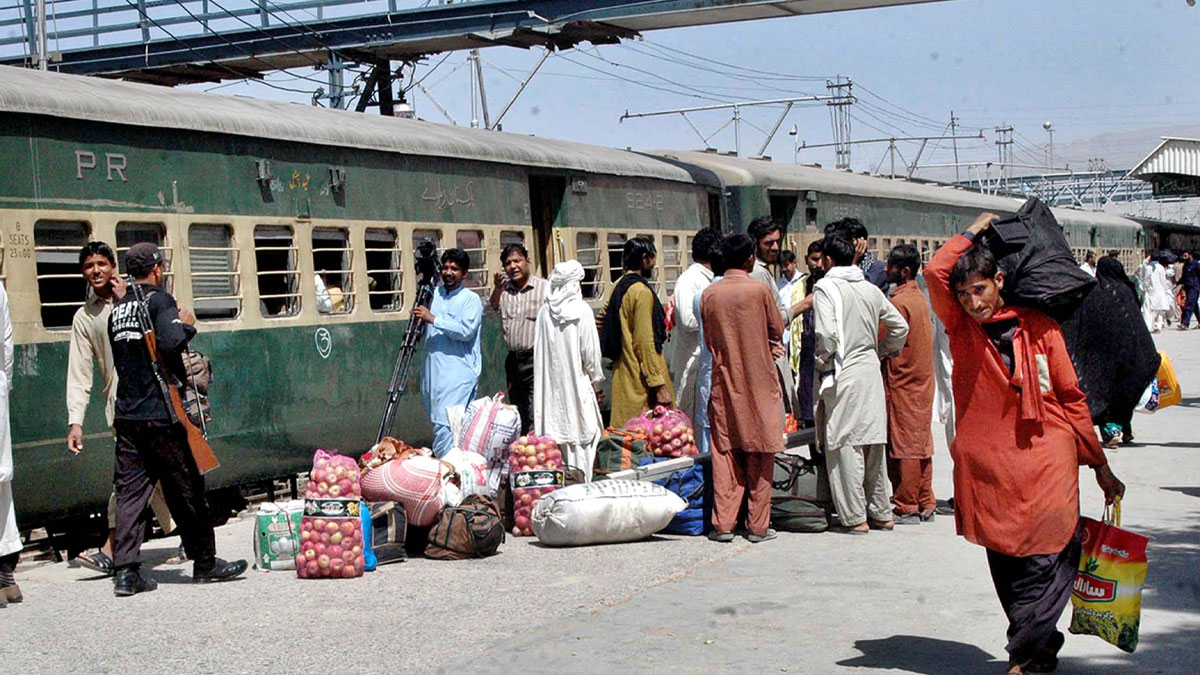 The Pakistan Institute of Development Economics (PIDE) has revealed that 115,000 unverified retired employees of Pakistan Railways are being paid Rs 35 billion in annual pension.

A statement released by PIDE said its study unveiled that Railway losses totaled an unusual Rs 144 billion during the five years from 2015 to 2020.

The PIDE report suggested fundamental institutional reforms in Pakistan Railways, as it now ranked among the top ten loss-making state-run enterprises in Pakistan.

The losses comprised a Rs 44 billion deficit recorded in 2020, including Rs 36 billion pension liability on Railways for 120,000 employees. In order to overcome the deficit and pension liability, an Rs 45 billion subsidy was given by the government during that year, the report added.

Read more: 230 modern coaches to be added to Pakistan Railways fleet this month

“The stiff competition from road transport and the inability of PR to adopt a customer-centric business plan because of complex bureaucratic structure has led to an inefficient, underfinanced and overstaffed public agency running in losses for the last three and a half decades,” the report mentioned.

“Additionally, there are 115,000 unverified retirees of PR, who are paid Rs 35 billion annually,” it said.

To verify these people, a biometric verification system for the pensioners has been recommended. The pension discrepancy has been handled by the government for Pakistan Railways. A pay and pension commission has been made, which is responsible to think not only about railways but also for other public enterprises.

The report also stated that half of the ticketing system was now electronic, however, Pakistan Railways still had a shortage of an enterprise resource planning (ERP) system which incorporates all the processes. “Even the flow of financial information within the enterprise reports a delay of 60 days,” it remarked.

The losses suffered by Railways could be realigned, so they were more evident to all levels of employees, like in terms of the deteriorated health and education facilities for workers’ families, it added.