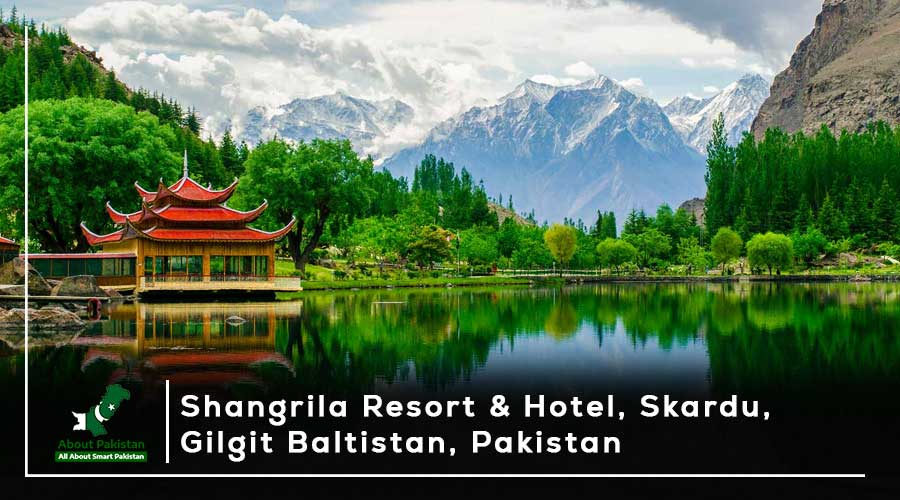 Skardu is the most commonly known city in the Gilgit Baltistan region of Pakistan. It is the capital of the Skardu district. The district is the gateway to 8,000-meter-plus peaks. It is located in the 10 kilometers wide by 40 kilometers long Skardu Valley, at the confluence of the Indus and Shigar Rivers at an elevation of nearly 2,500 meters (8,202 feet). This town is located on the Indus River which separates the Karakorum Range from the Himalaya range.

Skardu, a scenic valley with blue water, high mountains and glaciers, located at an elevation of over 7,300 feet in the Gilgit-Baltistan region. It ha the most famous Shangrila Resort where travellers and mountaineers stay.

Pakistan launched a tribal conquest of Kashmir after the partition of British India on 22nd October 1947 that was led by Pashtuns leading to the Maharaja Hari Singh acceding to India. In this invasion, the Gilgit scouts revolted on 1st November 1947 and Gilgit agency came under the control of the country. Major Aslam was the one who took over command of the Gilgit Scouts and organized a force of 600 men and launched several attacks on the remaining parts of the state under the control of India. Their main target was Skardu. The very initial attack was revolted and the city fell into rebel hands. Finally, Thapa (6th Jammu and Kashmir Infantry under the command of Col. Sher Jung Thapa) and his forces surrendered on 14th August 1948.

Skardu has some of the largest glaciers in the world; Biafo Glacier, Chogo Lungma Glacier, and Baltoro Glacier. Many glaciers are surrounded by the world’s tallest mountains where K2 is one, the second tallest mountain in worldwide, another one is Masherbrum at 7,821 meters and Gasherbrum at 8,068 meters. Moreover, the world’s second-highest alpine plain, the Deosai National Park is also situated upstream of Skardu. Nanga Parbat Mountain is located in the downstream from Skardu at 8,126 meters.

Skardu structures a cold semi-arid climate. Its climate is moderated during the summer season. There is very little rainfall in summers. It is the tourist season from April to October when the temperature varies between a maximum of 27 degrees Celsius and the minimum is 8 degrees Celsius.