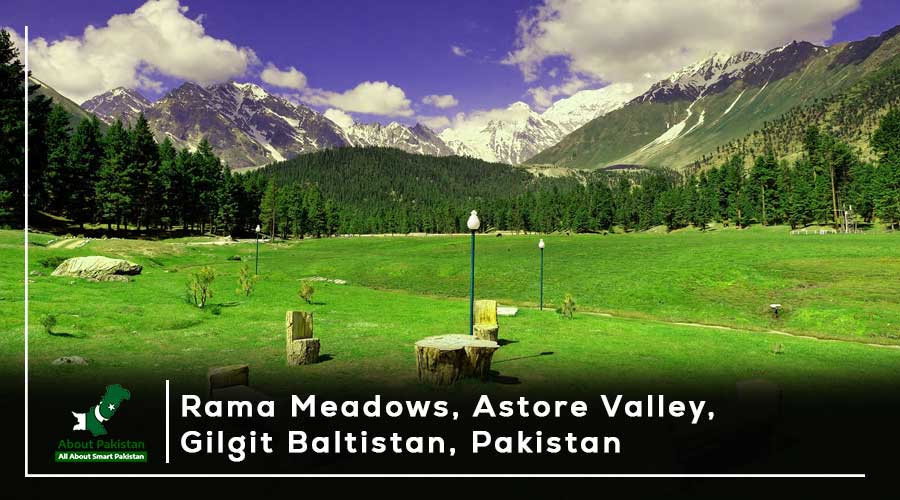 Astore district is one of the ten districts in Gilgit-Baltistan in Pakistan. This district contains the Astore Valley and Rama Meadows. It is bounded to the west by Diamer District to the north by Gilgit District, to the east by the Skardu District and the south by Khyber-Pakhtunkhwa and Neelum District of Kashmir. Its population was 71,666 in 1998.

The Astore valley is 5,092 km² of areas and its altitude is 2,600 meters. This valley has almost 250 square kilometers of an area that is glacier covered. The easiest glacier here is Siachen and the nearest glacier after entering the valley is Harcho.

Astore is connected with Gilgit Baltistan and Gilgit is well connected with Islamabad\Rawalpindi as well as with Chitral and Skardu. There are two ways to the entrance in Astore. The first way, via Deosia Plains that is 143 kilometers from Skardu city, this way cannot be used from November to June as there is heavy snowfall during these months. The second way, via Jaglot that is 128 kilometers from Gilgit city and is accessible in all seasons.

The valley has a moderate climate during summer. It snows up to 2-3 feet in the main valley in winters and up to 4-5 feet in the mountains while it snows in Mirmalik valley up to 6 feet in February. The main language spoken in Astore valley is Shina while Urdu is the second most frequently spoken language in this region. A number of tourists visit this place in summers and many local people may speak the English language especially those who guide and police here.

Astore valley is a unique area for tourists to visit as it is surrounded by the high peaks of the far Western Himalayas. To the south of the Nanga Parbat massif lies Rama Meadows, which is home to Rama Lake, with basic facilities for visitors. It has a hotel called the PTDC, constructed by the government of Pakistan.