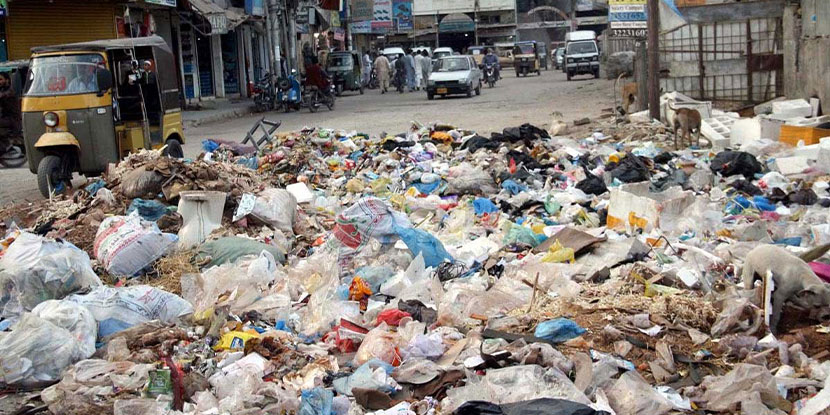 High the population, higher is the land pollution. Pakistan has reached the limit where even breathing is harmful due to the widespread pollution in the country. The country ranks among the top ten countries with the most land pollution.

When the population grows, it increases pollution too along with it. The issue is more dangerous when due to illiteracy and lack of awareness people also contribute to the spread of land pollution by throwing their trash outside.

Every other day, there is a sense of disappointment in the people regarding the mismanagement of the authorities. They complain that the government is not managing the issue and does not pick up the trash that is piling up in every street corner. Ironically, people who do this righteous talk are the ones throwing the garbage into the open air.

Everyone ones that this is the government that failed to not being able to manage the crisis. On the other hand, it has been observed that people deliberately miss huge government placed dustbins and through the garbage near it, not into it. The government does not heed to pick that garbage and it stays there for months; it keeps on piling up and that makes the whole area polluted and no one can even breathe properly due to the bad smell covering the whole area.

To have a better and easy life-style, people started using disposable products that were thrown in the market place or in public places after each use. This was another biggest reason for land pollution. Moreover, the use of disposable plastic products poses too much harm to nature because it contains harmful chemicals and these products take forever to decompose.

Then plastic shopping bags are another calamity for the land of Pakistan. They can be recycled but cannot be ceased. People seem to throw plastic bags everywhere outside of their homes. Prime Minister Imran Khan has taken initiative to diminish the concept of using single use plastic bags but in 2020 they are still being used throughout the country.

Plastic use is also a serious threat to ocean life because sea creatures eat them or get entangled in plastic and die. According to a survey, 8 tons of plastic is dumped in the oceans globally.