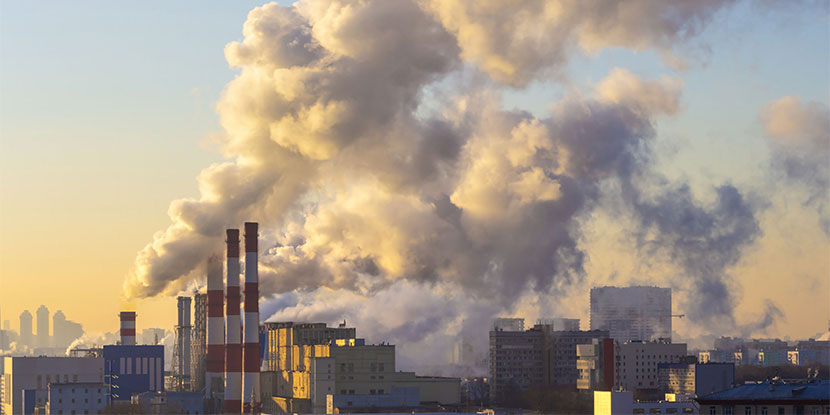 Air pollution is one of the major problems these days. Not even a single person is inhaling clean air and inhaling polluted air is the leading cause of many prevalent diseases.

Pakistan is a developing country where everyone is least concerned about cleanliness and hygiene of the place where one lives. The increasing number of constructions of new buildings, industries opening near housing societies and the increasing number of vehicles on the roads are the three main air pollution contributors.

Factories have no proper ways to manage their toxic gas emissions. All their smoke escapes into the environment without filtering the smoke. To make things worse, deforestation in Pakistan is also touching new limits and the country is left with only 2 percent of forests and all the wood is exported. All these reasons contribute to making the air polluted and the issue is more spread in cities than in rural areas. Citizens have forgotten how a clear sky looks like.

Air pollution is causing new diseases every year. These diseases have destroyed many peoples’ lives. Some of the major air pollution diseases are as following:

One of the most common respiratory diseases in Pakistan affects the breathing of a person. This is a chronic disease that causes inflammation in air passages of the human body due to which the person finds it difficult to breathe. Breathing gets heavy while doing any effortful work or activity. It is caused by elements in the air like sulfur dioxide, nitrogen, and ground-level ozone. Tobacco smoke is another reason for asthma.

Chronic obstructive pulmonary disease is caused by pollution. COPD is caused by air pollution in which the air passages and air sacs or the alveoli change their shape and become distended. Thus, the patient finds it difficult to breathe even while sitting or doing nothing. Emphysema and Chronic Bronchitis are two types of COPD that are common and can lead to cancer and premature deaths as well.

The most affected people are the ones working in the mines, quarries, and docks, etc, Because they are in constant contact with the dust, fine dust, and diesel fumes, etc.

Using air purifiers and Fresh Air Cans can be the prevention but complete cure requires intensive doctoral involvement and medicines.

A stroke happens when a blood vessel is blocked, they may either get interrupted or supply of blood to the brain may reduce as a result. In this condition, the brain stops receiving enough oxygen or nutrients, and brain cells start dying.

Whether you live in a city where smog is common or highly polluted due to the smoke of vehicles and factories, the risk of stroke increases and pollution becomes a big problem for your heart.

Ischaemic Heart Disease, also known as coronary heart disease, happens when the blood flow to the heart is reduced due to the partial or complete blockage of the arteries supplying it with blood. Long-term repeated exposure to air pollution has been linked to ischemic heart disease.