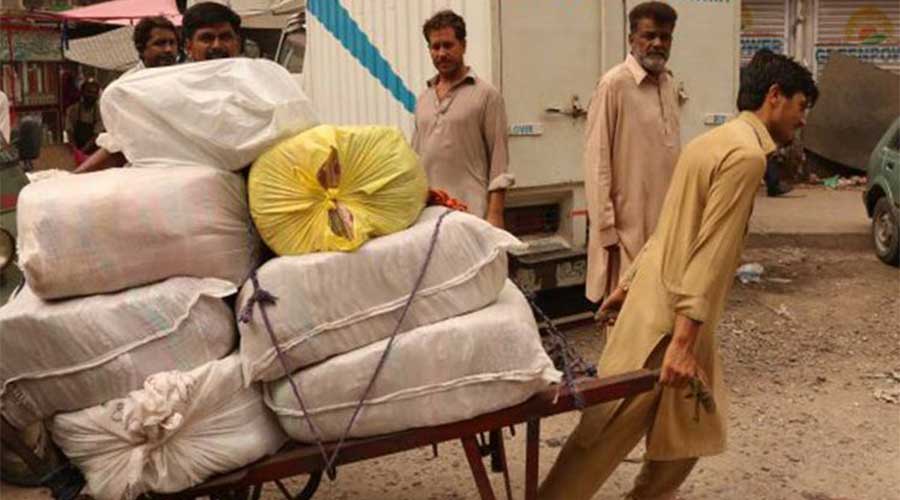 Internal labor migration from rural areas to cities with established business models and internal migration of the workforce from Pakistan is a known phenomenon in developing countries. They occur both due to a lack of employment opportunities and insufficient income from farming in rural areas. Migrating to the urban areas or overseas for work is one of the limited options available to the working class.

Pakistan is a country that has been blessed by a lot of gifts of God. Minerals are abundantly available in Pakistan. The country has one of the best irrigation systems in the world. Raw material like sugar cane and cotton are grown in abundance.

These two above mentioned examples are particularly mentioned to explain the potential of people of Pakistan and also the availability of agro-based raw material. And both of these products earn a lot of foreign exchange.

Pakistan is one of the few countries of the world which have been blessed with zealous and determined youth force in the majority. But, the tragedy has been happening in Pakistan in the form of domestic and international migration.

Travel from northern areas of KPK to Karachi and also to Baluchistan will prove that all the provinces of Pakistan have a very high potential of establishing their own industries based upon the minerals and agricultural products available there of different kinds.

For instance; there is huge potential of establishing several marble factories and (cutting) units of precious stones in Khyber Pakhtunkhwa province. Both these products have a big market domestically and also internationally.

Northern areas also have plenty of fruit trees. The fruit frozen plants could be established in plenty in those areas. As far as sugar cane is concerned, it is grown all over the country. Therefore, sugar factories can be established at different places.

Only a few cities like Karachi, Lahore, Faisalabad, etc have been concentrated with the industrial units. As such, there has been found a big flow of population from all over the country to these big cities, resulting in a number of social, cultural, and pollution issues.

In the same way, Pakistani youth force is working all over the world especially in the Middle East, unfortunately on meager salaries. No doubt, this international migration of skilled workforce from Pakistan plays a big role in generating and sending foreign exchange in form of remittances back to their country but the people who live away from home in foreign countries had to face numerous other sorts of problems.

This is not a good democratic and far-sighted approach and the government should start making plans to establish cottage, small and medium-size industries all over Pakistan so as to stop the migration of people domestically and internationally. This would create big economic activities and there are great chances that the people living below the poverty line especially in far-flung areas will become part of the economic development.