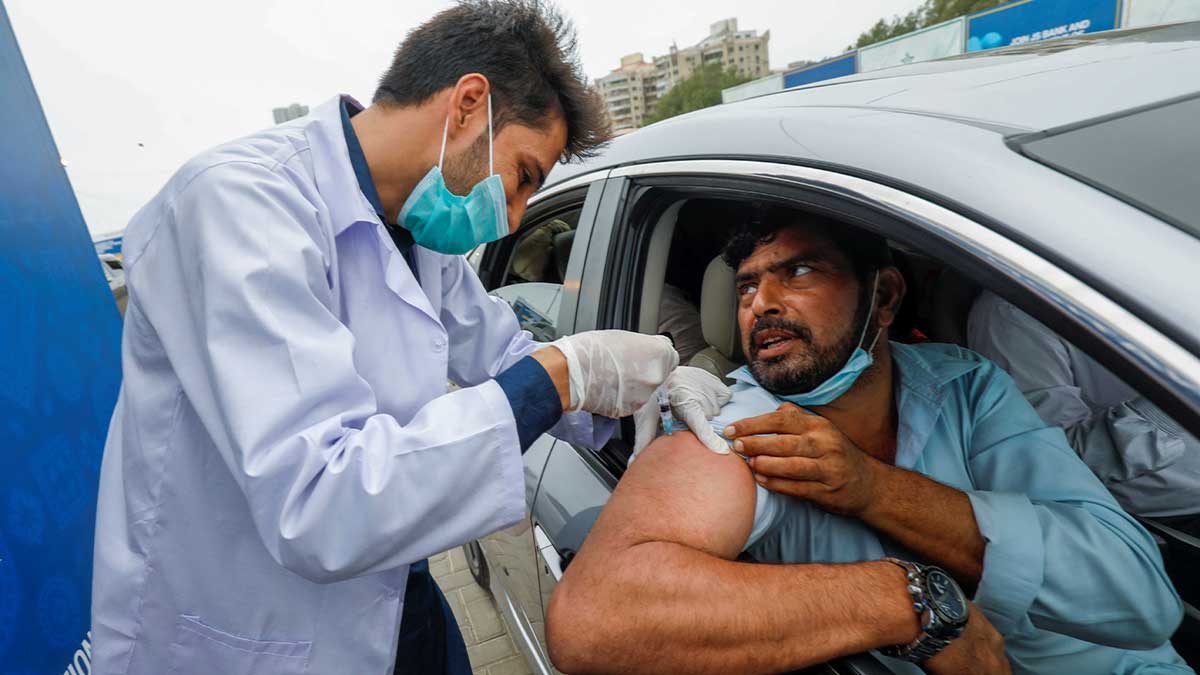 The National Command and Operation Centre (NCOC) has issued a vaccination deadline for students and government employees to get vaccinated against Covid before 31st August.

While addressing in a press conference after a meeting at the NCOC, Federal Minister for Planning Asad Umar said that the government is targeting to accelerate vaccinations and aims to take it to the one million daily mark, which he said is only possible with the assistance of the public.

However, the minister has issued the deadline for vaccination and said students over 18 years of age, teachers, transporters, government employees, hotel and wedding hall staffers and personnel of law enforcement agencies must get themselves vaccinated before the end of the next month.

“We have identified that banks, markets, public offices and schools are the sectors dealing with the public and in order to curb the virus spread, vaccination has been made mandatory for those working in these sectors,” the minister said. Umar said that those who are not vaccinated by August 1 will not be allowed to teach.

He warned the public that the situation is getting worse and if the government’s issued safety protocols are not followed, it would get worse.

Special Assistant to the Prime Minister on Health Dr. Faisal Sultan was also present during the session, he said that critical care cases, which were less than 2,000 in June, have surged past 3,000.

He further said that the pressure on health facilities across the country has increased noticeably during the last few days as the infection rate has spiked.

“Islamabad has the highest enforcement of health guidelines of around 56.4%. Next is Khyber Pakhtunkhwa at 46%, Punjab is 38%, while the lowest [enforcement] is in Sindh and Balochistan at 33%.” he said.