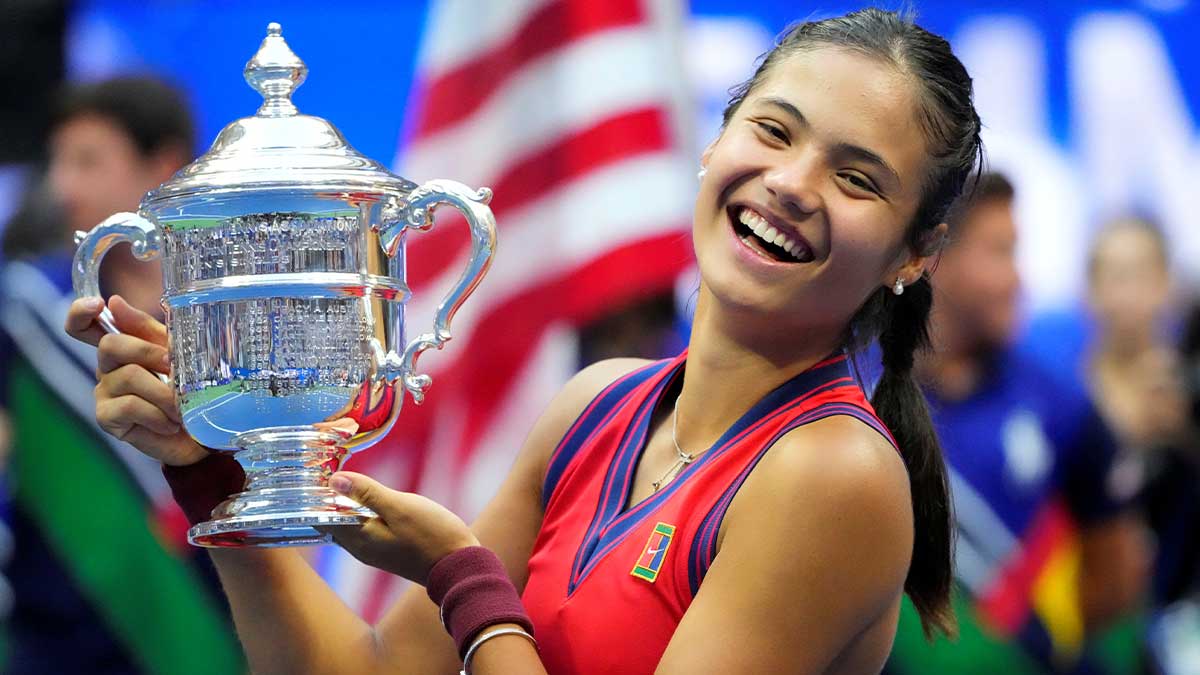 Emma Raducanu became the first qualifier in tennis history to win a major slam final after defeating Leylah Fernandez 6-4 6-3 in the US Open final.

Raducanu, the youngest woman to reach a major slam final since Maria Sharapova won Wimbledon at the age of 17 in 2004, showed no symptoms of stresses and dominated the game.

During the opening set, neither player seemed phased by the magnitude of the event, with a sequence of high-quality rallies and stunning victories illuminating Arthur Ashe Stadium.

Raducanu continues to break records in New York, where she has had a phenomenal run for the previous three weeks. She went through three qualifying rounds without dropping a set, and she’s kept it up in the main draw, becoming the first woman since Serena Williams to win the US Open without dropping a set.

A tense second set could have gone either way, but Raducanu rallied from a break down to serve out the victory in an exciting US Open final between two of tennis’ brightest futures.

Raducanu Cements Her Place In History With the US Open win

Raducanu, who had only competed in one other major (Wimbledon earlier this year) and was ranked 150 by the WTA prior to the tournament, had a fantastic run at Flushing Meadows and was too strong for Fernandez, who was also playing in her first Grand Slam final.