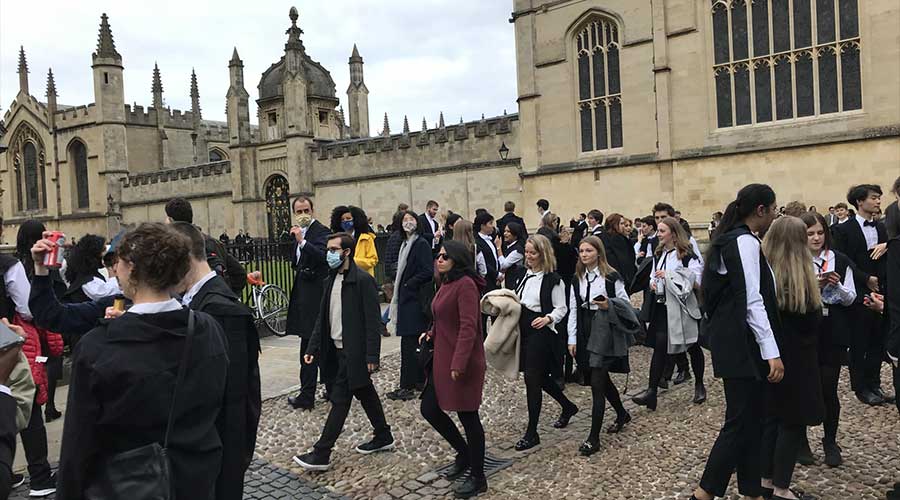 Aspiring to study abroad in the UK? British government has introduced a points-based immigration system from 2021 onwards for students applying for a UK student visa, as announced by the Home Office in September.

A large number of Pakistani youngsters studied and settled in the United Kingdom after receiving student visas until former PM David Cameron revised the UK’s student visa policy in 2010.

Before the policy was revoked by British PM Cameron, under the tier-4 visa category, international students could live there for an extra two years on a work-permit visa after their completion of studies. Though, the allowed work time was reduced to four months after the alteration in the policy.

Many international students grieved over the policy as they were unable to find any sponsor in order to get residency, and sooner or later they had to come back to their respective country.

With the change in policy, a major drop in student registration had been observed, and educational institutions were complaining regarding new rules and demanded to terminate this policy.

The current coronavirus pandemic has jolted all countries and hence by looking at the economy the UK government, a change in the policy has been made last month to launch a new points-based system for student visa.

With the new policy, international students now have to obtain 70 points to get a study visa to enter the United Kingdom.

The students can get a visa easily after displaying the offer letter from an educational institution that is approved by the UK government. The offer letter has 50 points, English proficiency level points are 10, and the student funding support during their study in the UK will also get you 10 points.

The Future Borders and Immigration minister Kevin Foster is expecting that the move will ‘unleash the country’s full potential’.

“Now we have left the EU, we are free to unleash this country’s full potential and implement the changes we need to restore trust in the immigration system and attract talent to drive our economy forward.”

Here’s what you should know

Here is the list of institutions authorized to sponsor migrant students under this program. Meanwhile, for further help to aspirants outside the UK, here is the comprehensive guide explaining the steps to apply for a visa to live in the UK.