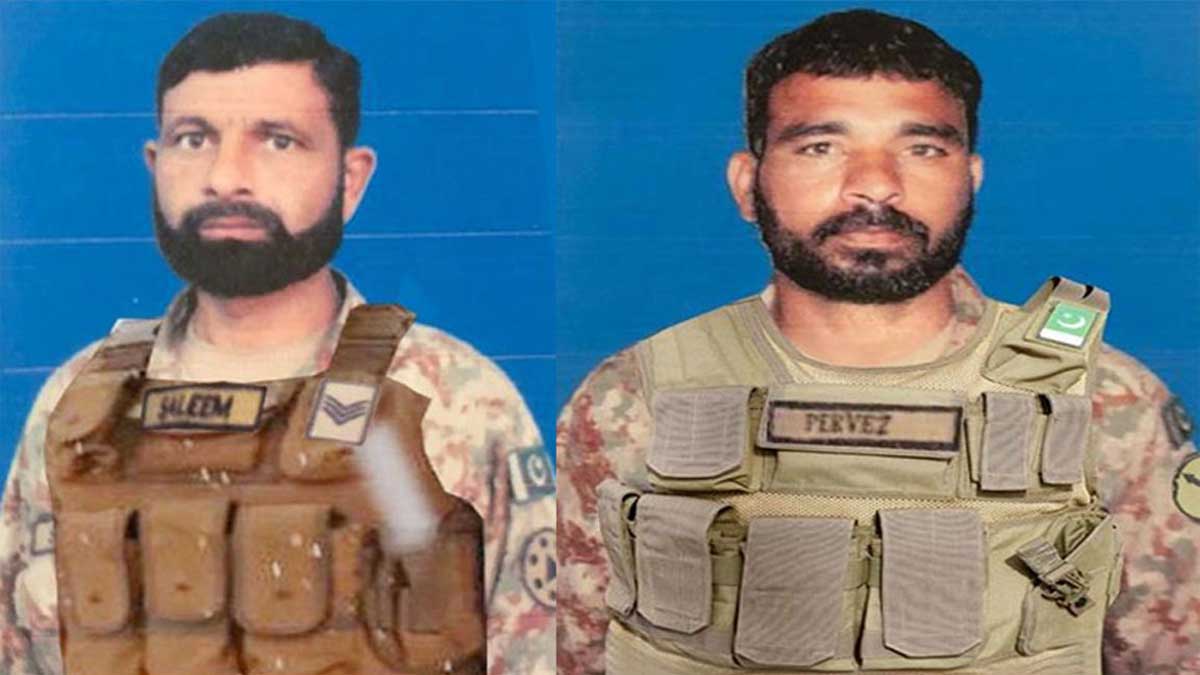 Terrorist group from Afghanistan in an attack on military post in Dwatoi, North Waziristan, martyred two Pakistan Army soldiers, according to the military’s media wing.

“Own troops retaliated in a commendable manner. During a firefight, two troops, Havaldar Saleem, 43, and Lance Naik Pervaiz, 35, embraced shahadat,” according to the Inter-Services Public Relations (ISPR).

Pakistan has repeatedly asked Afghanistan to ensure maximum border control on its side, according to the statement.

It went on to say, “Pakistan strongly condemns the continued use of Afghan soil for terrorist activities against Pakistan.”

The Foreign Office denied Afghanistan’s allegations that the Tehrik-i-Taliban Pakistan (TTP) does not function on its soil on Monday, claiming that evidence supports the contrary, citing the presence of over 5,000 TTP members in Afghanistan.

“Over the previous many years, the TTP has carried out a number of heinous terrorist attacks within Pakistan exploiting Afghan soil without receiving any retaliation from its hosts,” according to a statement released in this regard.

The TTP is known to have “distinctive anti-Pakistan objectives,” according to the foreign office, citing the UN Monitoring Team’s 12th Report from June 2021. The report also mentions the TTP’s location within Afghanistan “near the border with Pakistan.”

“The TTP continues to pose a major threat to our security and stability, following its planned and executed reunification with its splinter groups with the help of Hostile Intelligence Agencies (HIAs), its continued presence in Afghanistan with impunity, and its cross-border attacks against Pakistan,” the statement said.

Pakistan’s resolve to combating terrorism in all of its forms and manifestations, without discrimination, is constant and unambiguous, according to the statement.

“Pakistan has emphasised the importance of genuine engagement with the Afghan side in order to solve security and terrorism challenges through the effective implementation of the Afghanistan-Pakistan Action Plan for Peace and Solidarity (APAPPS).”

Pakistan has been making “serious and earnest efforts to facilitate the intra-Afghan peace process for an inclusive political settlement,” according to the Foreign Office.

“We hope Afghans will take advantage of this chance to achieve long-term peace and stability in Afghanistan.”