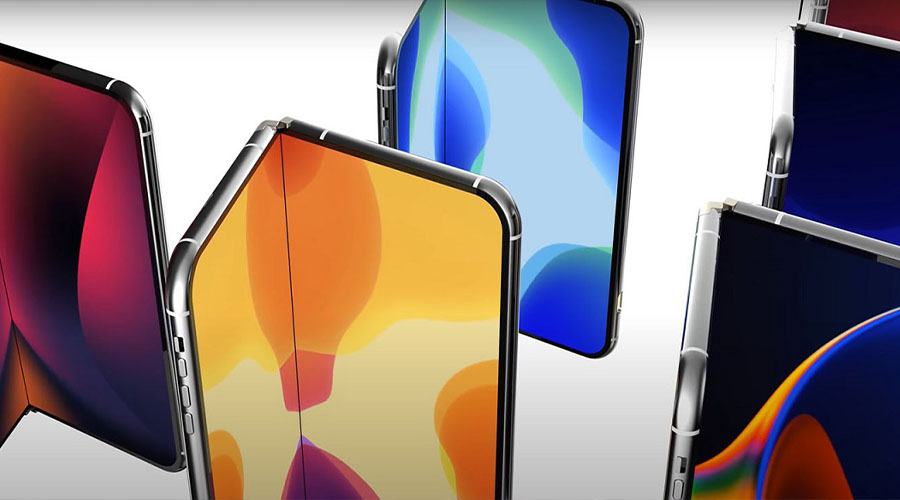 Two foldable iPhones prototypes have passed their durability tests at the Foxconn factory in Shenzhen, China, according to the reports that emerged from China.

Given all the rumors and leaks that have built up over the last year following Apple’s patent application for foldable iPhone with a ‘self-healing’ display, Apple is definitely making its first foldable iPhones and the tech giant has reportedly asked manufacturer Foxconn to create two prototype shells to test out potential future iPhone designs.

A dual-screen model of two different screens held together by a hinge in the center was the first of the two that passed the durability test, similar to the Microsoft Surface Duo.

This will suggest that the display would be more robust than the Galaxy Fold, Motorola Razr, or the Mate X because it would not have a bendy delicate panel, but a hinge with two ordinary displays. This is why there is also a more durable screen on Microsoft’s Surface Duo than the rest of the folding smartphones.

The second foldable, however, does have a bendable screen. It is a clamshell device comparable to the Galaxy Z Flip and the Motorola Razr, as per the reports. It will have an adaptable Samsung-provided OLED display screen. This is in line with previous reports which reported that a large number of Samsung folding screens were obtained by Apple in early 2020.

Finer specifics such as dimensions or specifications are largely unidentified, as only shells with little to no internal shells are the prototypes. These were only projected to test the hinge mechanism’s toughness.

More specifics are not expected to appear any time soon as experts believe that foldable iPhone will not hit the market before 2022 or 2023.