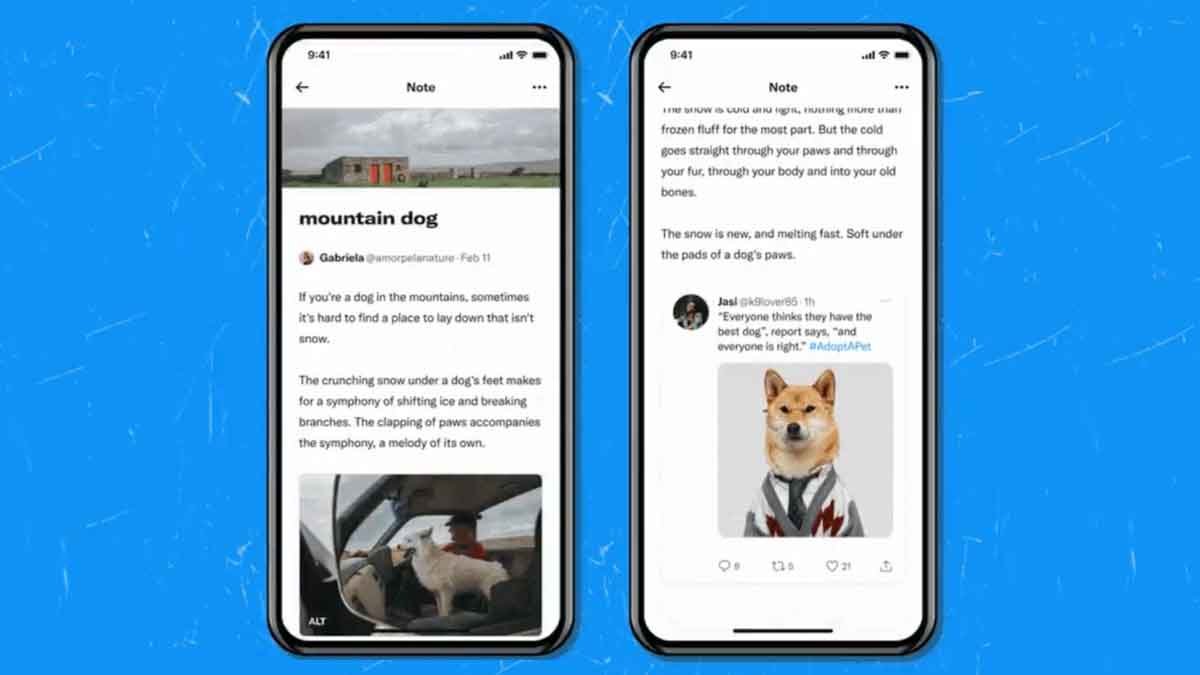 On Wednesday, Twitter announced that it had begun testing a new function called “Notes” that would enable authors to publish stories and other lengthy content on the website.

According to the mini blog company, who added, “We plan to gradually expand the number of people with access to this feature, the feature is currently being tested with a small group of writers. The timing will be determined by the results of the current test.”

With the long-form text function, authors can create a Note with a body of up to 2,500 words and a title of up to 100 characters. Users can begin composing a Note by clicking the “Write” option on the left panel, add media files and other tweets to it, and then publish the Note.

After the Note has been published, authors can still update it. The tweet will be marked as edited at the top.

The platform will display a published Note as a Note card, which is effectively a tweet with a preview of the Note link. The writer’s Note will open when users click the link in the card.

People in the majority of nations can read these Notes on and off of Twitter, according to the microblogging service. Additionally, reading Notes is possible without logging in or even having a Twitter account.

Users will see Note cards in their timelines in some of the countries where Notes are accessible if they are following someone who is a part of the Notes tweet test group, or if someone they follow retweets, quotes a tweet, or shares a link to a Note, according to Twitter.

The twitter is also integrating Revue, a newsletter company it purchased last year, into Twitter Write, the composer tool used it to create Notes, in addition to introducing Notes.

Twitter increased the character limit for tweets in 2017 from 140 characters to 280 characters. The long-form text feature has now been included. So, is it switching from short to long form? On a support page, Twitter answers “no,” explaining that, “The feature we are testing is intended to offer writers on Twitter a valuable experience beyond just Tweets.”