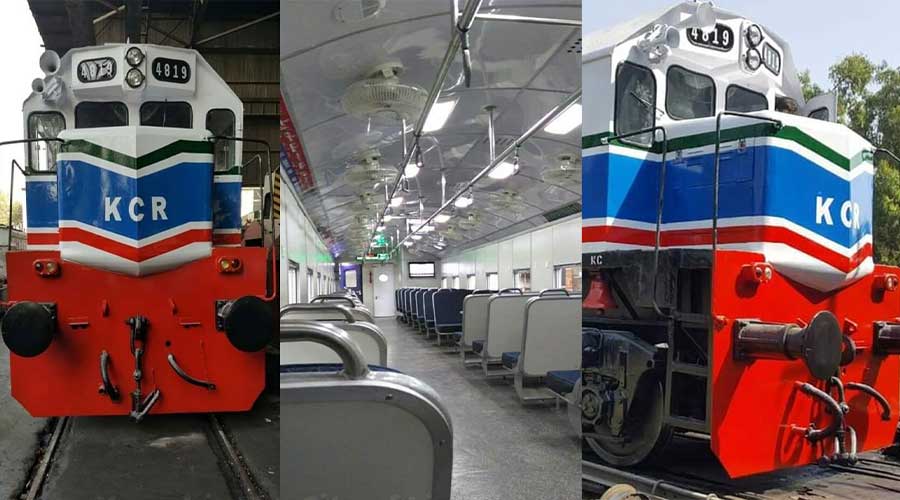 Federal and Sindh governments have agreed to start the trial run of Karachi Circular Railway from today after the induction of 10 new coaches (bogies).

The experimental run will be of local trains in Karachi within 12 kilometers and in the next phase, they will be synchronized with the modern circular railway system.

Pakistan Railways manufactured 10 new couches for Karachi Circular Railway (KCR), equipped with the most modern facilities, and sent them to Karachi on Friday, 6 November. A total of 40 couched will be manufactured and the manufacturing process of all these couches would be completed by January 2021.

The facility of mobile charging has also been given in these couches. Initially, the fair will be Rs 50 which would be reconsidered after the trial.
This news is of extremely high importance for the people of Karachi.

Karachi is among the 10 megacities of the world and this is the only city that is without any mass transit system at present. There had been two mass transit systems in the city in past, they were the Karachi Circular Railway and Trams.

Surprisingly, both of these highly beneficial projects were finished and now the people of the city are at the mercy of a privately run deplorable transport system. The new startup of Karachi circular railway would be very advantageous in many ways.

After the new system of KCR, thousands of litters of petrol would be saved. There would also be the saving of men hours as it takes the people of Karachi a long time to reach the offices and workplaces due to the daily routine of traffic jams.

Another very important factor after the introduction of the Karachi circular railway will be the deprivation of pollution in the city which is produced on a daily basis when thousands of cars and buses run on the roads of Karachi.