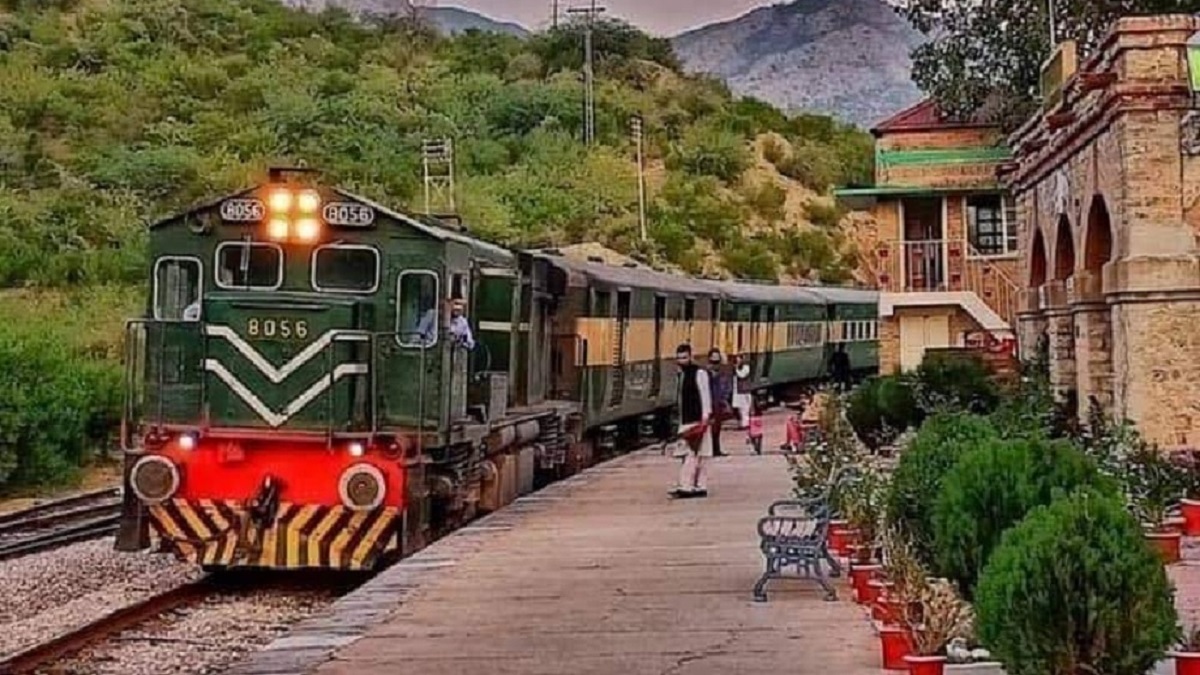 The Safari Tourist Train of Pakistan Railways launched to promote the culture and beauty of the Potohar region, has rolled out from Golra station to Attock Khurd on Sunday.

The tourist train at the Golra railway station was inaugurated by the Senate Chairman Sadiq Sanjrani accompanied by Minister for Railways Azam Khan Swati. The train will ferry tourists every Friday, Saturday and Sunday, from Golra to Hassanabdal, Attock Khurd and Attock city and surrounding areas.

After passing through Golra, Taxila, Hassanabdal and Attock city railway stations, the journey ends at the historic Attock Khurd station. Moreover, tourists will travel through beautiful landscape of Potohar, consisting of Margallah Hills, Sangjani tunnel and many bridges like Chablal Bridge, Haro Bridge, Ghazi Borotha and Attock Khurd bridges. The tourist train will further pass through the old iron girder bridge on the Indus between the Punjab and KPK provinces.

Talking to reporter, the Senate chairman said that the launching of the safari train was a significant step for the promotion of the culture and beauty of Pakistan. He added that it would be a source of recreational activities. Such trains should be started in other areas of the country also and Pakistan Railways could play a leading role to promote the scenic beauty and culture of the country.

Minister Azam Swati said the objective of the train was to promote the culture, civilization and heritage of the country.

“It is my priority to end corruption in Pakistan Railways. I will eliminate all black sheep from the organization and make it profitable,” he said. The freight trains would also be started soon. Keeping in view the vision of Prime Minister Imran Khan, Pakistan Railways would work to promote tourism in the country.