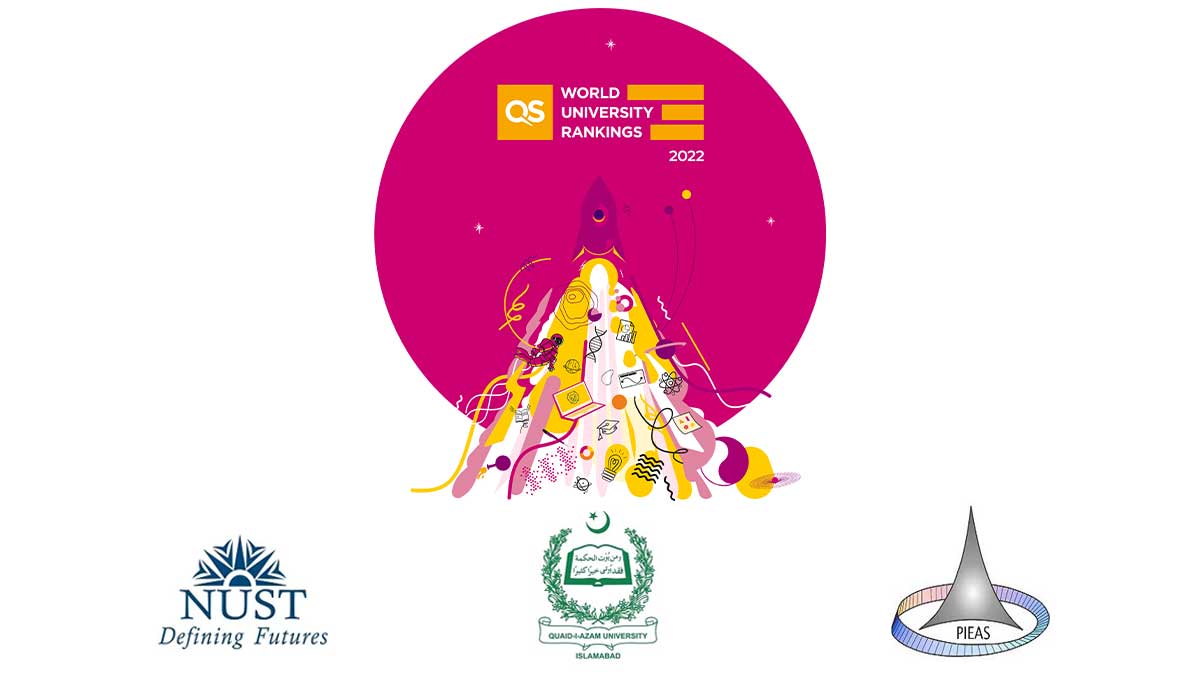 Three Pakistani universities managed to make their position in the top 500 in Asia in the recently published Quacquarelli Symonds (QS) Asia University Rankings for 2022.

The rankings show that The National University of Sciences & Technology (NUST) maintained the first position for the 5th successive year.

Moreover, having an overall score of 30.9, NUST stood at 358 position, standing among the top 11 percent of universities in Asia. It is considered to be the fastest growth by any Pakistani university during this period.

Besides this, Quaid-i-Azam University, having a score of 29.4, is the second-best Pakistani university on the list and 378th overall in Asia.

These universities are respectively followed by Pakistan Institute of Engineering and Applied Sciences (PIEAS) at the third position with a score of 28.2 and ranked at 398 position overall.

The complete rank wise list of Pakistani universities included in the QS Asia University Rankings is as follows: