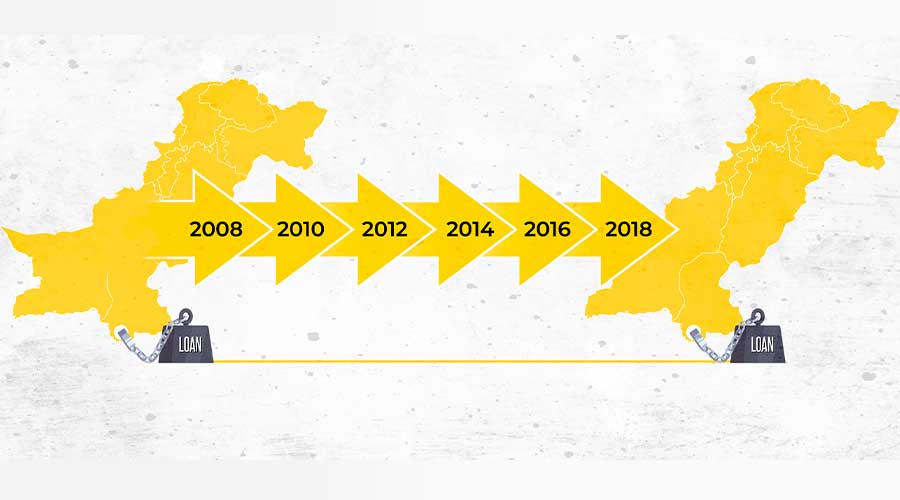 According to the finance ministry spokesperson, Mohsin Chandna, the total Pakistan public debt, which is the sum of domestic and foreign loans, has reached a staggering Rs 36.3 trillion.

According to the state bank sources, the government has received 14684 billion Rupees during the current year. Before this government, the total loan on Pakistan was Rs 29879 billion by 30th June 2018. While as compared to the year 2018-19, there has been an increase of 11% in the loan in the year 2019-20.

During the financial year 2019-20, the government got a loan of Rs 2550 billion from the local resources, and the total amount of the loan, taken from the local resources reached an amount of Rs 23281 billion. During the last two years, the government received loans worth Rs 6865 billion. By 30th June 2018, the total amount locally received loan was Rs 16416 billion. There has been an increase of 7% in the external debt of Pakistan during 2019-20.

The main reason for the increase of the loans on the country is the government institutions which rarely shown profit rather they are always on the deficit side. For these white elephants, the government got Rs 194 billion as a foreign loan during 2019-20.