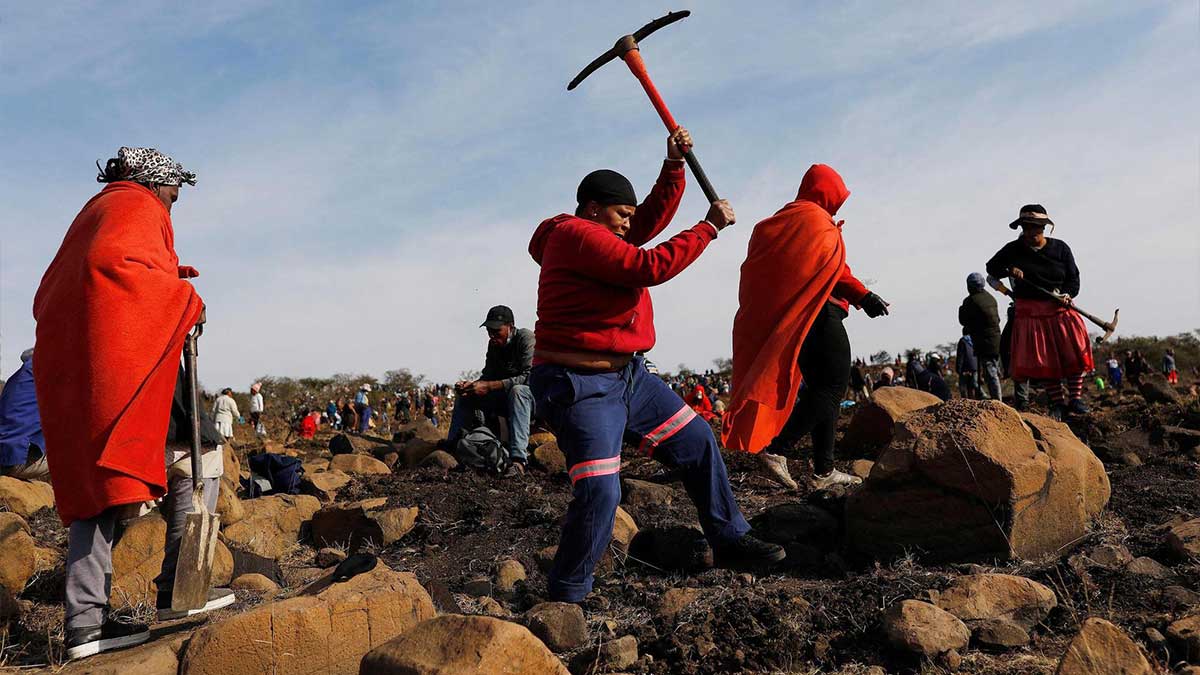 Officials have verified that the unidentified stones that drew thousands of fortune seekers to a small village in South Africa hoping to unearth diamonds were quartz.

Since 12 June, when a herder discovered the diamond-like stone in an open field, villagers and visitors from all over South Africa have been digging in KwaHlathi, in the country’s eastern KwaZulu-Natal region.

3,000 people, according to officials, came to the location to seek for stones with shovels and picks. Samples were obtained to identify the stones.

More than 1,000 fortune seekers flocked to the village of KwaHlathi in South Africa's KwaZulu-Natal province in search of what they believed to be diamonds after a discovery of unidentified stones in the area https://t.co/BSNQkilmdY pic.twitter.com/foUHerlD3R

“The tests indisputably indicated that the stones unearthed in the vicinity are not diamonds, as some had hoped,” said Ravi Pillay, a member of the province executive council responsible for economic development and tourism.

He told a press conference that the stones found in the a small village in South Africa were quartz crystals, whose worth has yet to be determined but is “extremely cheap compared to diamonds.”

Mr Pillay warned that the incident had brought attention to the socio-economic difficulties that local residents suffer.

The economy of South Africa has long been plagued by exceptionally high unemployment, which has been exacerbated by the coronavirus pandemic.

Mr Pillay said the “diamond rush” had caused severe damage, with a 50-hectare area filled in holes up to one metre deep, posing a threat to cattle.

Those who continue to mine in the region, risking the spread of COVID-19, will be persuaded to leave, however law enforcement will be called in if required, he said.