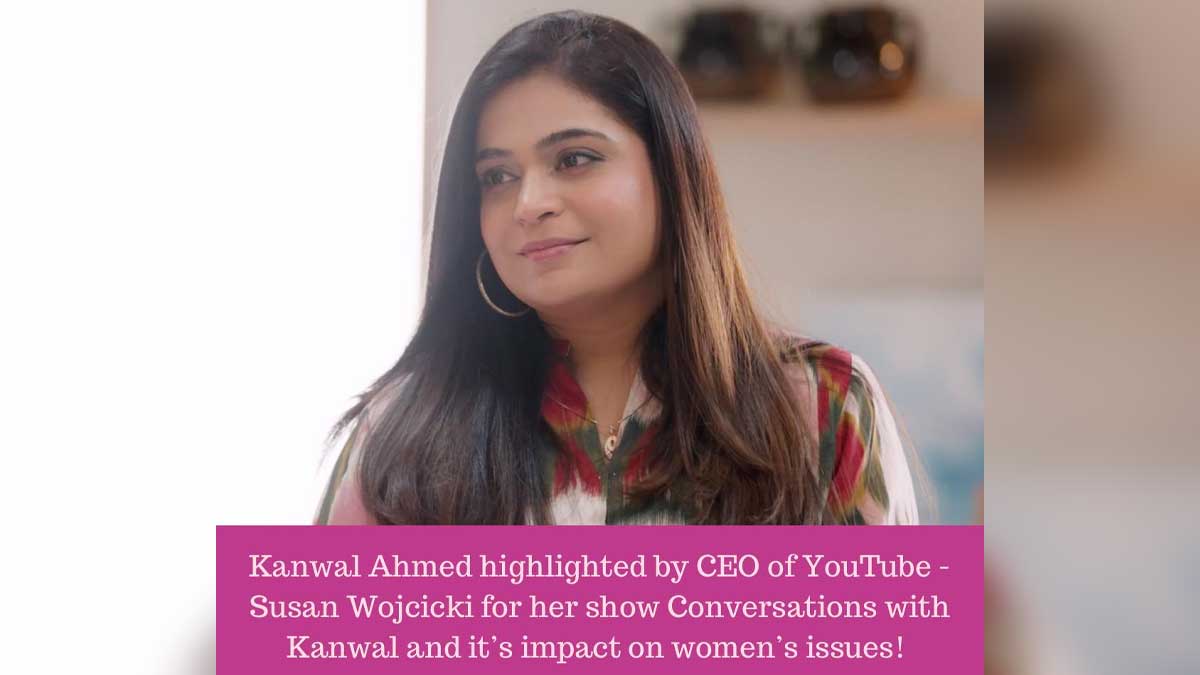 Kanwal Ahmed, a distinguished Pakistani motivator, activist, entrepreneur, executive producer, and founder of the Facebook page Soul Sisters Pakistan, has been spotted by the Youtube CEO Susan Wojcicki, making her the first Pakistani Facebook initiator to be featured on Youtube.

Her Facebook page mostly discusses the taboo disputes prevalent in Pakistan. Kanwal wished to eliminate the culture of silence and wanted to bring the devastated women to be heard and given motivation.

Additionally, she wanted to make the people aware of the stories of the strong women who fought in life and are now symbols of bravery and respect. The main aim is to motivate and empower the other ladies across the world to learn from others’ experiences and struggles and find out their hidden talents in them.

On Women’s Day, Youtube CEO Susan asked a few questions from Kanwal Ahmed regarding her journey to empowering Pakistani women and creating a safe and open space to share their feelings and get inspiration from the ladies worldwide.

She began her journey after watching the media news channels and dramas showing content intended to dehumanize women rather than to bring out the good characteristics of women in society.

Using storytelling and videography approaches, Kanwal directed the society towards the optimistic development of girls instead of making them repressed because of the media influence.

Similarly, she also raised sensitive matters from her interviews like child marriages, cyber harassment, emotional harassment, domestic violence, the taboo of remarrying, and child labor. Her first interview was related to domestic violence which earned massive attention of audiences and filled the comment sections of multiple platforms.

Besides, she also wanted depressed people to know that they are not alone. There are a number of people who are with them and will share their stories worldwide. She is of the opinion that “No story should feel like it’s not important enough to be heard.”