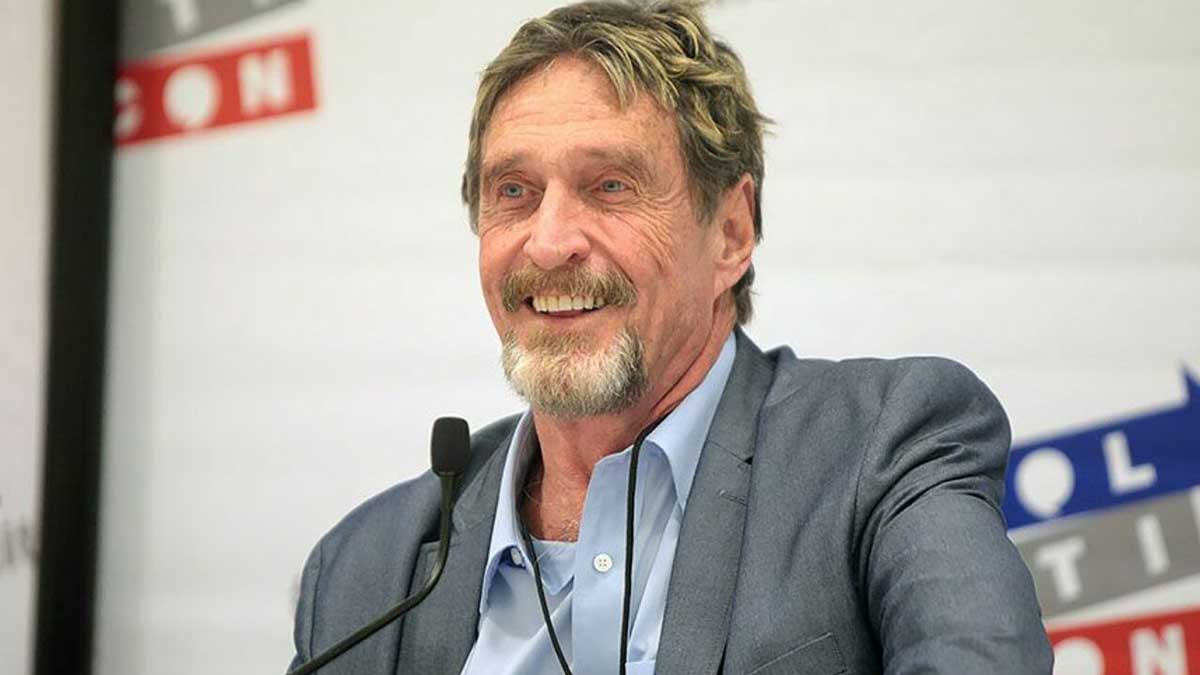 The widow of US software mogul John McAfee blamed US authorities on Friday for his death in a Spanish prison where he was awaiting extradition to the United States and said he was not suicidal.

Janice McAfee said she wanted a thorough investigation into the circumstances of the death of the 75-year-old, which happened in his prison cell on Wednesday in what the authorities said was an apparent suicide by hanging.

John McAfee Left a Suicide Note in His Pocket

John McAfee had a suicide note in his pocket when he was found dead in his prison cell in Spain on Wednesday.

According to his lawyer, John McAfee, a British-born McAfee anti-virus creator, committed suicide in a Barcelona prison on Wednesday after the Spanish high court approved his extradition to the United States on tax evasion allegations.

McAfee’s lawyer, Javier Villalba, said the anti-virus software pioneer, died by hanging because he was depressed after nine months in prison.

McAfee, 75, stated in court last month that if convicted in the United States, he would spend the rest of his life in prison due to his age. “I hope the Spanish court sees the injustice of this,” he added, adding that “the US wants to use me as an example.”

According to a Spanish police source, the colourful tech founder was caught on 3 October 2020 at the Barcelona airport as he was ready to board a trip to Istanbul on a British passport.

Before developing the world’s first commercial anti-virus in 1987, McAfee worked for NASA, Xerox, and Lockheed Martin. In 2011, he sold his software company to Intel and stepped away from the company. His name is still on the application, which has 500 million users worldwide.

On Wednesday, Spain’s Supreme Court agreed to extradite McAfee to the United States. On Wednesday, a 75-year-old US man who was awaiting extradition was discovered dead in his cell, according to the regional justice department. The reason of death was being investigated by prison officials.

McAfee may still appeal his conviction, but Villalba claimed he couldn’t take any more time in prison.

In 2019, McAfee admitted that he had not paid US income taxes in eight years due to ideological grounds. He fled the United States that year to avoid prosecution, spending much of his time on a megayacht with his wife, four huge dogs, two security guards, and seven workers.

Meanwhile, He also proposed utilising cryptocurrencies to help Cuba circumvent a US trade embargo and ran for President of the United States for the Libertarian Party.

McAfee, who claimed to have fathered at least 47 children in 2018, spent several years in Belize. After being sought by police for interrogation in the 2012 murder of a neighbour, he escaped. They eventually concluded that he was not a suspect.