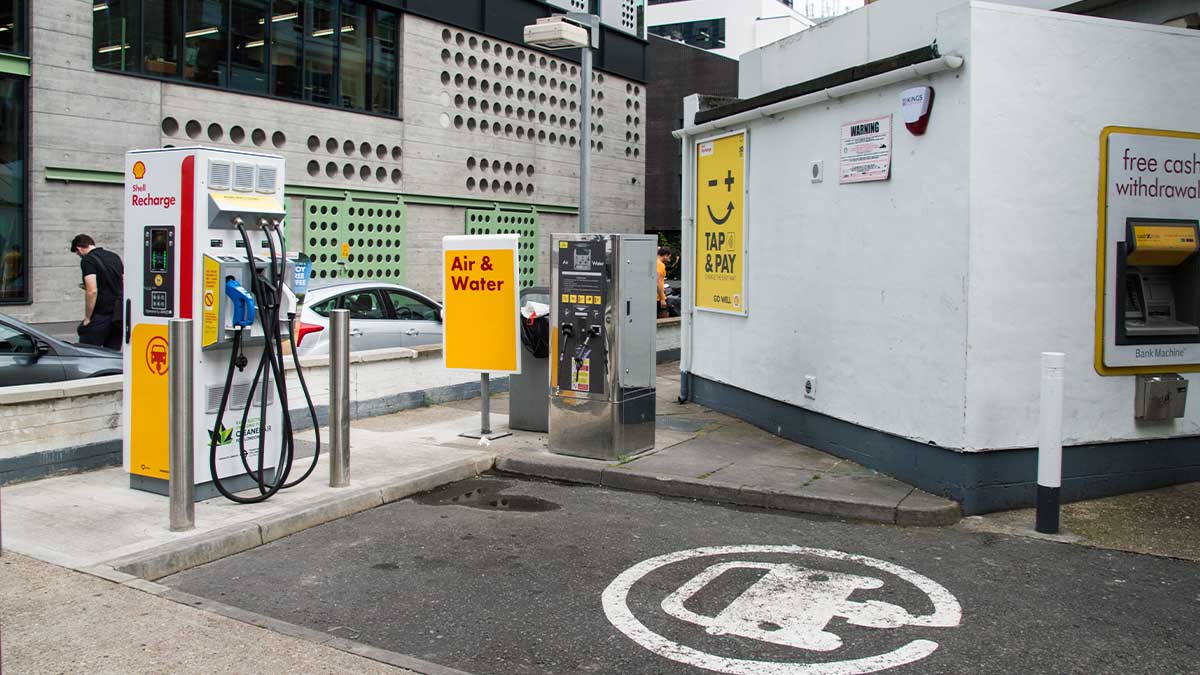 Shell, a Dutch oil company, announced plans on Wednesday to install up to 50,000 on-street electric charging points in the United Kingdom over the next few years.

Shell said in a statement that its Ubitricity subsidiary wants to meet the goal by late 2025 as part of the company’s green energy transformation.

Ubitricity, a German company that was purchased by Shell earlier this year, provides on-street electric vehicle charging throughout Europe.

It already has 3,600 charging stations in the UK, which make use of existing public infrastructure like bollards and lampposts.

“The move is part of a larger initiative to increase electric car charging availability for the millions of UK drivers who do not have private parking and to assist local governments in getting their charging networks up and running as rapidly as possible,” Shell stated.

The Office of Zero Emission Vehicles in the United Kingdom presently covers 75% of the cost of installing on-street electric car charging stations.

Shell is willing to cover any leftover costs associated with the installation of Ubitricity charging points by local governments.

As part of its attempts to achieve net zero carbon emissions by 2050, the United Kingdom proposes to prohibit the sale of high-polluting diesel and petrol cars beginning in 2030.

This has sparked a flurry of investments in both electric vehicle manufacture and charging infrastructure.

Following a court ruling in the Netherlands, Shell announced in June that it will speed preparations to reduce carbon emissions.

Shell was ordered by a court in The Hague to reduce its greenhouse gas emissions by 45 percent by 2030, in a watershed victory for climate activists with ramifications for energy companies throughout the world.