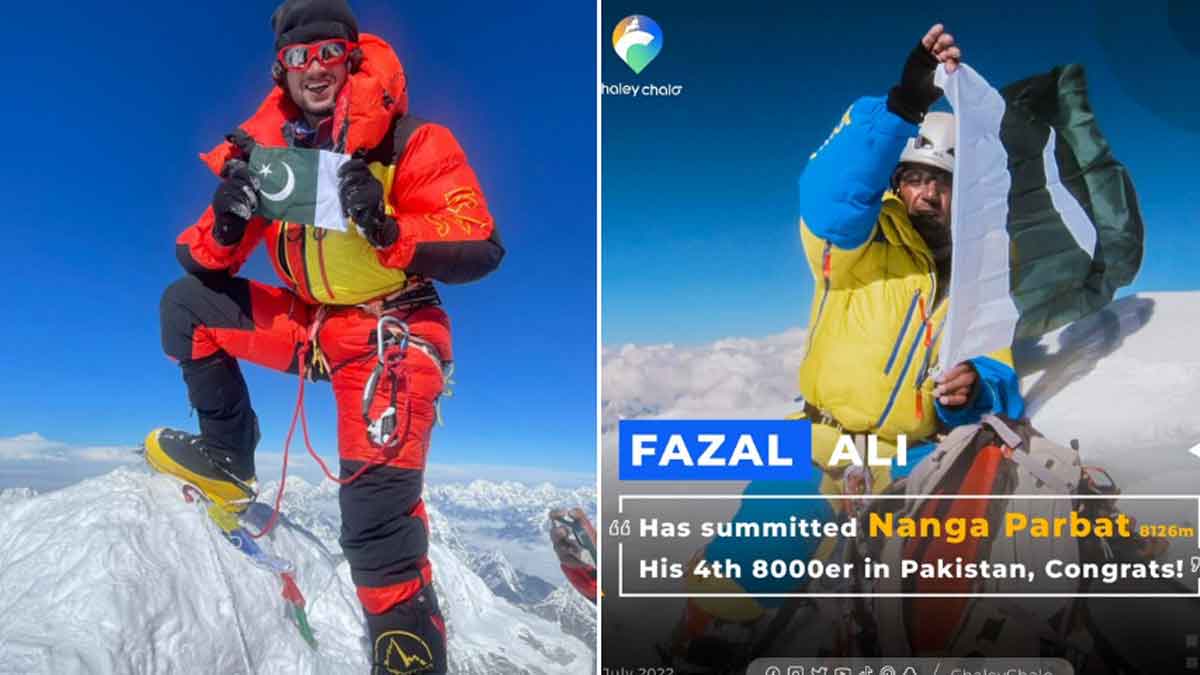 Kashif has scaled Everest, K2, Kangchenjunga, Lhotse, Makalu, Manaslu, and the Broad Peak, and the Nanga Parbat was his eighth summit of an 8-thousander.

The 20-year-old mountaineer wants to hold the record for being the youngest person to summit all 14 of the world’s highest peaks.

The mountain is regarded as being the deadliest and hardest and Shehroze Kashif’s was also reported missing by his father.

Salman Kashif, the father of Pakistani mountaineer Shehroze Kashif, announced on Wednesday that both his son and Fazal Ali, who had missing while climbing Nanga Parbat’s summit, had been located.

Shehroze’s father, Salman Kashif, claimed that he had been observed leaving the fourth camp and heading towards the third camp.

Salman reported that Shehroze and Fazal were heading in the direction of camp 3.

However, he lamented that “no one” had assisted his son and Fazal, who were both returning to the mountains on their own.

Salman had earlier claimed that after returning from Nanga Parbat, communication with his son had been lost.

Shehroze’s father pleaded with the authorities to start a search operation to find the mountaineer in an emotional video message.

“He’s only twenty years old. He has accomplished great things and improved Pakistan’s reputation “The father of Shehroze stated in a trembling voice.

Iqbal Hussain, the home secretary for Gilgit-Baltistan, had earlier acknowledged that the two mountaineers had lost contact.

According to the official, the two climbers disappeared while descending the peak between camps 3 and 4, which are at an altitude of 7,000–8,000 metres. He claimed that immediately after, the GB government began a rescue effort and notified other ground rescue teams.

He had stated that if the weather cleared, helicopters would be sent out.

Shehroze Kashif, 19, recently ascended Nanga Parbat, making history as the sport’s youngest mountaineer to do it. In 2021, he also made history by ascending Manaslu as the nation’s youngest ever Pakistani.

Kashif is the youngest person in history to conquer three peaks above 8,000 metres in height in the course of five months.

He accomplished the incredible achievement of climbing Mount Everest (8,849 metres) in June of this year while only 19 years old.

The mountaineer scaled K2, the second-highest mountain in the world, in July, setting yet another record.

Another Pakistani mountaineer, Sharif Sadpara, went missing after reportedly falling from a “very high height,” according to other climbers who were with him when he reached the top of Broad Peak.

After they reached the summit of Broad Peak, according to Dilawar Sadpara, who went on the expedition with Sharif, the missing mountaineer lost his balance owing to a powerful wind gust.

He claimed that Sharif had fallen on Chinese soil. According to the mountaineer, it is hard to find Sharif on foot, so a helicopter search should be conducted.

According to sources, Sharif, Dilawar, and Imtiaz Sadpara had a goal of reaching the peaks of Broad Peak and K2.