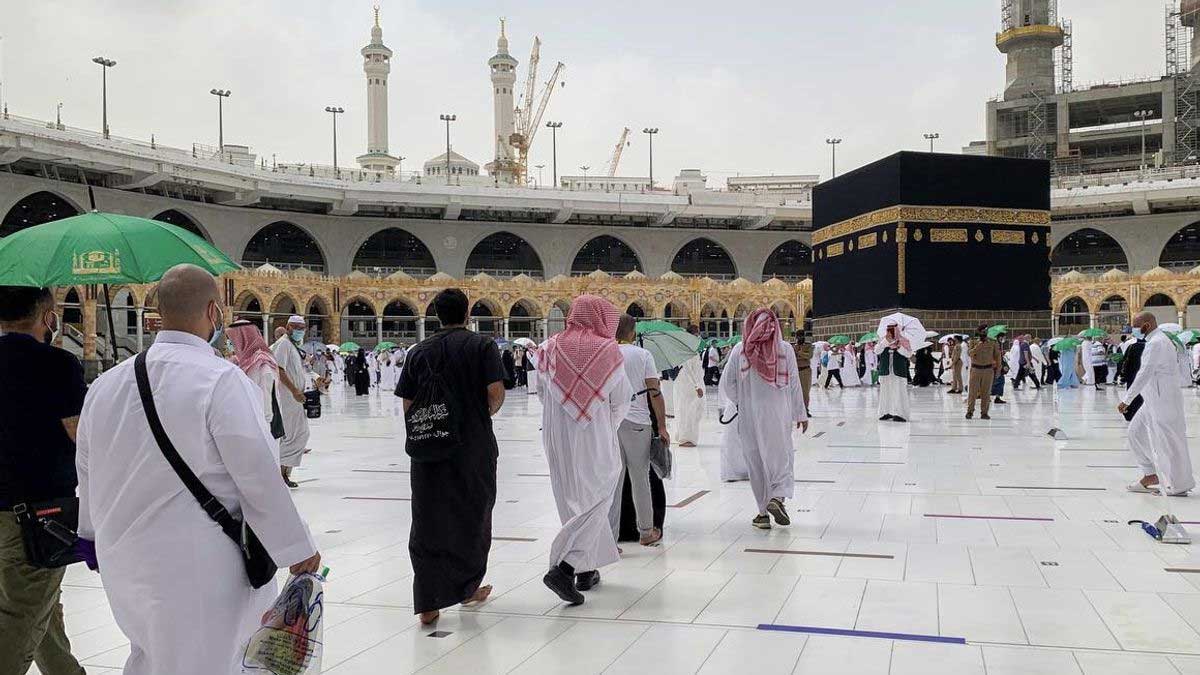 The kingdom of Saudi Arabia permitted children above the age of 12 to enter in the main area of the Grand Mosque in Mecca, Khana-e-Kaaba and they can offer prayers inside the Khana-e-Kaaba after their vaccination against the Covid-19, as per media reports.

According to local media sources, the Ministry of Hajj and Umrah has declared that anyone aged 12 and up from both inside and outside the Kingdom will be able to get permits for Umrah, Grand Mosque prayers, Rawdah, and Ziyarah.

The ministry, on the other hand, stated that the individual should be vaccinated in accordance with the law.

It further said that children under the age of 12 are permitted to enter Saudi Arabia’s Masjid Al Haram and Masjid Al Nabawi’s outer courtyards.

Saudi Arabia declared in October that the Khana-e-Kaaba (Grand Mosque) in Makkah and Masjid-e-Nabvi PBUH in Madinah would be opened to maximum capacity, as the Kingdom eased COVID restrictions.

As per SPA, the state news agency reported that it is mandatory to wear masks all the time for all the tourists and staff as full capacity attendance is authorize at the Grand Mosque and at the Prophet Mosque.

According to the SPA report, royal approval was given to remove health precautions beginning October 17 based on what was provided by the health authorities and in light of success in immunizing the community and a sharp decline in the daily number of COVID-19 cases.

Previously, for Muslims around the world performing Umrah pilgrimage, the Saudi Ministry of Hajj and Umrah has lifted the 50-year-old age limit.

The pilgrims will, however, be required to present their Covid-19 vaccination certificates.

Foreign elderly pilgrims can undertake Umrah in accordance with the precautionary measures and prevention protocols in place to control the spread of the coronavirus.