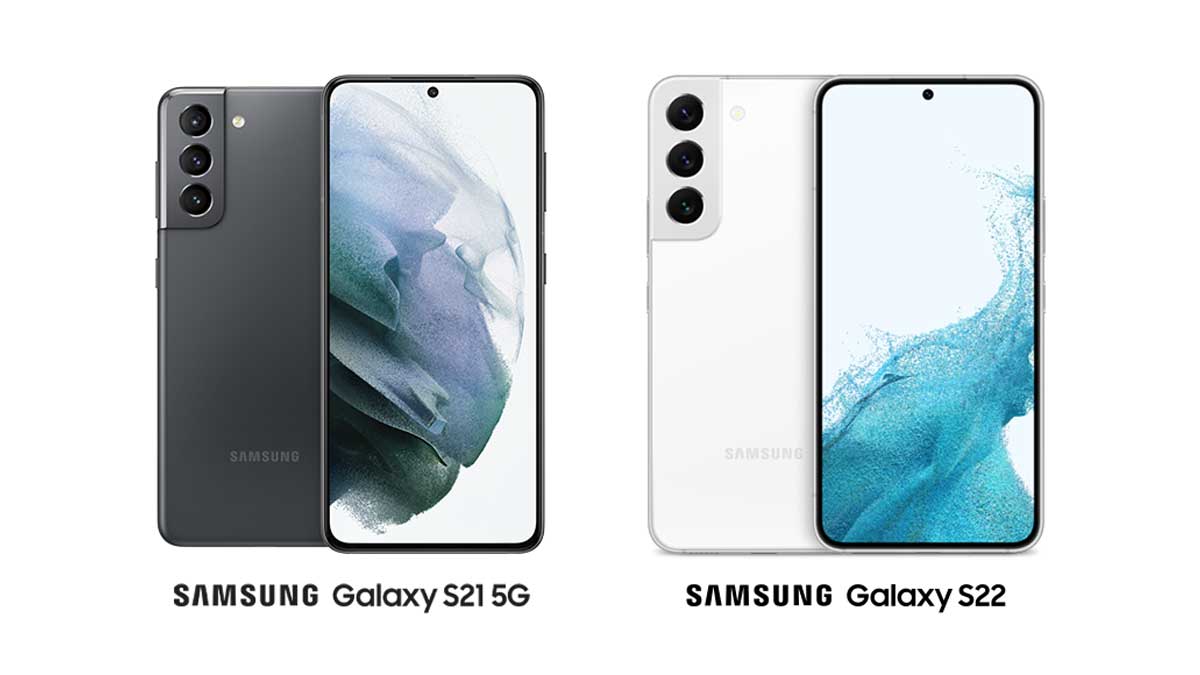 Samsung’s Galaxy S22 portfolio is now official, with people aggressively searching Samsung S22 Ultra price in Pakistan including the specs of the smartphone as the manufacturer introduces three new models. As in previous years, there are two basic versions, the S22 and S22 Plus, and a high-end variant, the Galaxy S22 Ultra, that is more like a Galaxy Note.

We are just going to talk about the Galaxy S22 and how it compares to last year’s Galaxy S21. If you’re interested in how the remainder of the S22 range compares to its 2021 counterpart, be sure to continue reading our feedback and evaluation of the S21 Ultra and S22 Ultra.

Samsung has a wide variety of smartphones, including the A-series, S-series, Note line, and new foldable. Yet returning to the S21 and S22.

How Does This Distinguish From The Other

The most noticeable difference is the general design. The S21 has a more rounded appearance, whilst the S22 features a flat-edge design instead of rounded edges. The size of the display comes next. The screen of the S22 has reduced somewhat, from 6.2 inches on the S21 to 6.1 inches on the S22.

Internally, the S22 is powered by Qualcomm’s latest Snapdragon 8 Gen 1 CPU, but storage and RAM choices remain the same. The battery within the S22, like the screen size, has been reduced. The S21 has a 4,000mAh battery, whereas the S22 has a 3,700mAh battery. I’m not sure how big of a difference the decrease in battery capacity will make in total battery life.

Another significant modification is the camera setup on the phone’s rear. The S21 boasts two 12-megapixel cameras, one wide and one ultra-wide, as well as a 64-megapixel telephoto lens. Based on the specifications alone, it’s evident that Samsung prioritized offering Galaxy S21 customers a better experience when zooming in to shoot images.

Samsung has made a U-turn with the Galaxy S22. On the back of the phone, there are three cameras: a single 12-megapixel ultra-wide camera, a 50-megapixel wide camera, and a 10-megapixel 3x optical zoom telephoto shooter. I’d like to examine Samsung’s use stats and how often S21 owners used the 64-megapixel telephoto camera. Based on the S22 camera configuration, I’d imagine it wasn’t utilized much.

Are You Still Thinking To Change?

So, if after reading all of this you’re debating whether to upgrade from an S21 to an S22, we’d advise you to wait. There are variations between the two phones, but they are unlikely to have a significant influence on the experience. That is unless you take a lot of photographs and would benefit from the S22’s 50-megapixel primary (wide) camera.

This One Is Still The Best Option

If you’re moving from an older iPhone or Galaxy phone, the S22 seems to be a viable alternative (on paper). It runs the most recent version of Android, has a spec sheet that guarantees a consistently outstanding experience, and costs actually not that expensive.

Speaking of specs, although they don’t give the whole picture of what to anticipate, they do offer some more knowledge when comparing two devices side by side. With that in mind, here’s the S21 vs. S22 specs sheet:

The standard feedback applies: this is just a preliminary judgment based only on the available technical parameters. It won’t get much more interesting until we’ve examined all three versions and can tell you more about their processing performance, camera features, and battery life. As a result, upgrading from the S21 to the S22 and from the S21+ to the S22+ is not always suggested. Sure, the basic model now has an optical 3x zoom and a glass back, and the S22+ charges considerably quicker than its predecessor, but are these features really game-changers?

However, these are not the changes that should entice you to visit your favorite smartphone vendor. The Galaxy S22 Ultra, on the other hand, is a whole other story! First and foremost, you get a new design as well as the S Pen. This makes the S22 Ultra appealing to people who lament the demise of the Galaxy Note series. Because the S Pen supports Bluetooth, you are functionally equivalent to Samsung’s previous business-class smartphones.

The Ultra’s maximum working memory stays at 12 GB this year, but there is now a 1 TB storage option available. Is the enhanced performance, quicker Quick Charging, and upgraded primary camera enough to justify a new purchase? Well that decision is completely your choice but to help you get a genuine product we do feel proud to recommend Telemart to buy mobiles online in Pakistan.