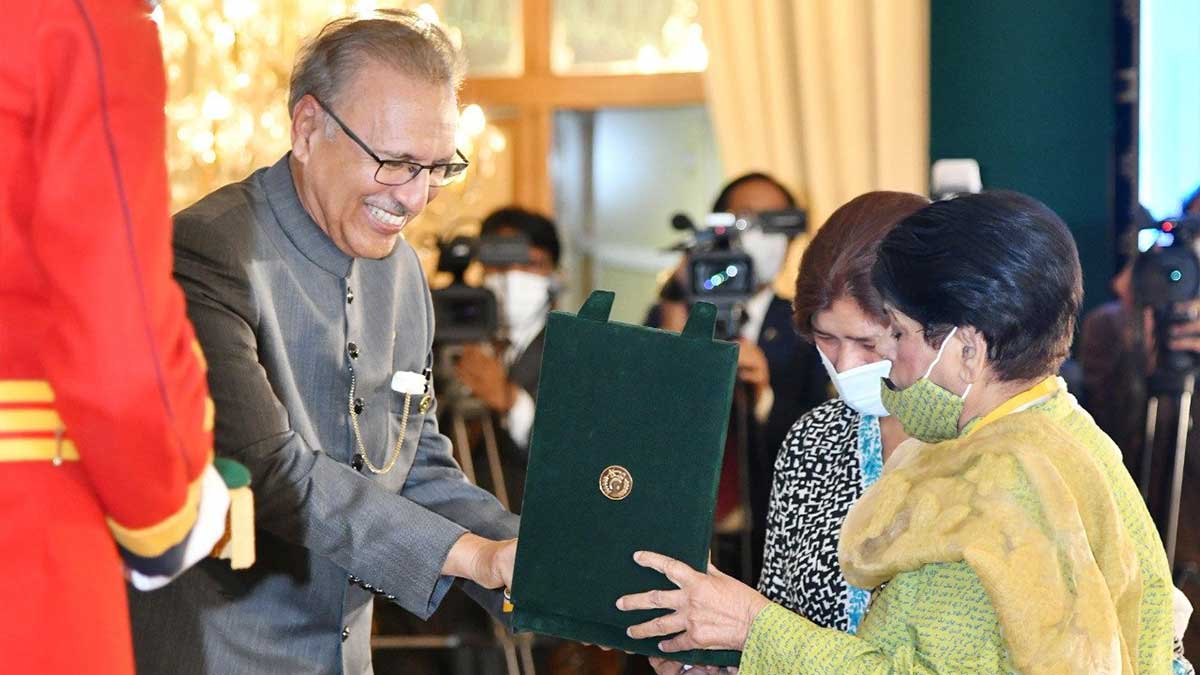 President Dr Arif Alvi on Wednesday conferred civil awards on prominent citizens of Pakistan as well as foreign nationals for showing gallantry and excellence in their respective fields.

President and CEO ARY Digital Network, Mr. Salman Iqbal was also been bestowed with Sitara-e-Imtiaz, one of the prestigious civilian awards of the country, by President of Pakistan Dr. Arif Alvi.

The civil awards ceremony was conducted at the Aiwan-e-Sadar in Islamabad. Dr. Arif Alvi also presented Sitara-e-Imtiaz to the belonging to numerous fields of life for their astonishing services.

He also contributes his services as the President of the World Memon Organization (WMO), an international welfare union helping humanity from its seven chapters in different countries.

Meanwhile, the Karachi Kings president Wasim Akram applauded Salman Iqbal for his extraordinary accomplishments and the honor of receiving the prestigious award.

“Congratulations, Salman Iqbal on a well-deserved award of Sitara-i-Imtiaz on your achievements. The path of success is always tough and those who are always ready to take challenges and have the courage to win over them, only them are awarded. Grow more champion,” Wasim Akram tweeted.