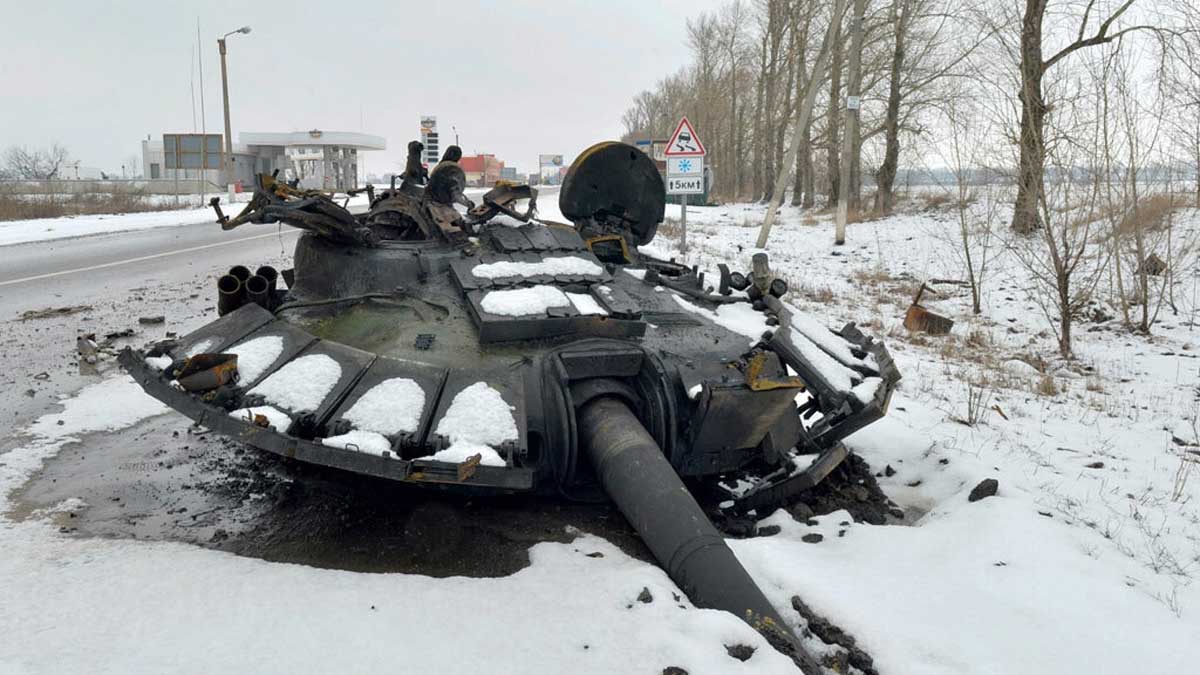 The Kremlin on Saturday accused Ukraine of prolonging the military conflict by refusing to negotiate as Russia pressed on with its invasion of the pro-Western country.

“In connection with the expected negotiations, the Russian president yesterday afternoon ordered the suspension of the advance of the main forces of the Russian Federation,” Kremlin spokesman Dmitry Peskov told reporters during a conference call.

“Since the Ukrainian side refused to negotiate, the advance of the Russian forces resumed this afternoon.”

Ukraine, however, denied suggestions that it was refusing to negotiate a ceasefire with Russia but said it was also not ready to accept ultimatums or unacceptable conditions.

Following Vladimir Putin’s announcement that a military campaign had begun, explosions were reported in Kiev, Ukraine’s capital, and other major cities.

Russian President Vladimir Putin announced the decision, claiming it was in reaction to aggression from Ukraine.

According to the Interfax news agency, gunshots rang out near the capital’s main airport, and sirens could be heard throughout the city.

Military command centres in Kiev and Kharkiv were hit by missiles, according to the media, while Russian forces landed in Odessa and Mariupol.

Russia has initiated a “full-scale invasion of Ukraine,” according to Ukrainian Foreign Minister Dmytro Kuleba.

Ukraine will fight against Russian aggression, according to Kuleba, and “will win.”

“Russian President Vladimir Putin has just begun a full-scale invasion of Ukraine. Attacks are taking place in peaceful Ukrainian cities. “This is an aggressive war,”. Ukraine will defend itself and emerge victorious.

Putin can and must be stopped by the rest of the world. “Now is the moment to act.”

In the meantime, Ukraine’s UN ambassador has highlighted the Security Council that Russian President Vladimir Putin has “declared war on Ukraine.”

He also demanded that his Russian counterpart that Russia will not shell or bomb Ukrainian cities.

On Wednesday night, Ukrainian ambassador Sergiy Kyslytsya warned that if Russian ambassador Vassily Nebenzia was unable to provide a favourable response, he should resign the Security Council presidency, which Russia possesses.

The Ukrainian then requested another Security Council emergency meeting, urging the UN body to “stop the conflict because it’s too late to talk about de-escalation.”