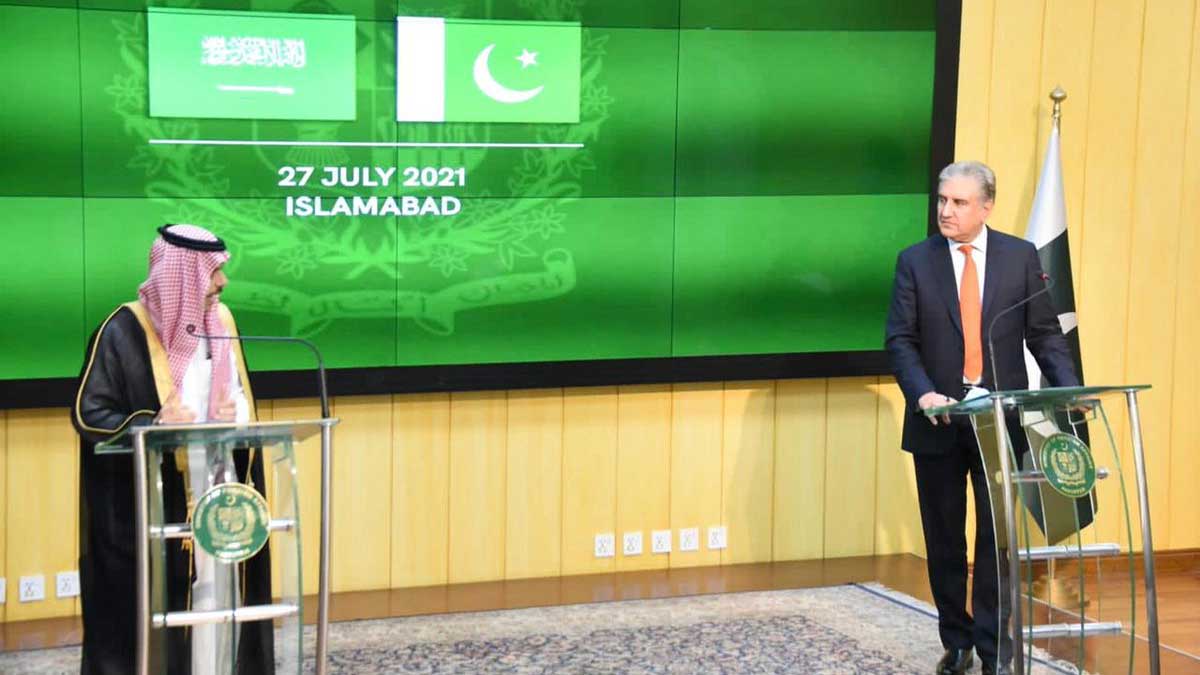 The Saudi minister, speaking at a joint press conference with Foreign Minister Shah Mahmood Qureshi, said his visit is a follow-up to Prime Minister Imran Khan’s visit to Saudi Arabia in May of this year.

Pakistani and Saudi Arabian ties are based on brotherhood, according to Prince Faisal, and the two countries have always assisted each other.

The Saudi-Pakistan Supreme Consultative Council, according to the visiting dignitary, will assist in taking the two nations’ relationship to new heights.

“Previously, we have worked effectively together, but I believe this will be a far more effective instrument in exploring all of the options we have,” the Saudi foreign minister on the council said.

Prince Faisal praised Pakistan’s efforts to combat the coronavirus pandemic, saying the two countries will work together to address the issues that people confront.

“We agree to continue working on all regional issues, whether it is Jammu and Kashmir, Palestine, or the Yemen crisis, and to coordinate our stances accordingly,” Saudi Arabia’s top ambassador said.

Foreign Minister Shah Mahmood Qureshi, on the other hand, stated that during his talks with Prince Faisal, the two discussed their bilateral relationship in depth.

“We are extremely comfortable with the way things are developing on the bilateral front, and we can only improve on what we have,” Foreign Minister Qureshi added. He went on to say that the two talked about how to strengthen business ties between the two countries.

He further stated that the Pakistani and Saudi leaderships had tasked him and his counterpart with bringing the Saudi-Pakistan Supreme Consultative Council up to speed.