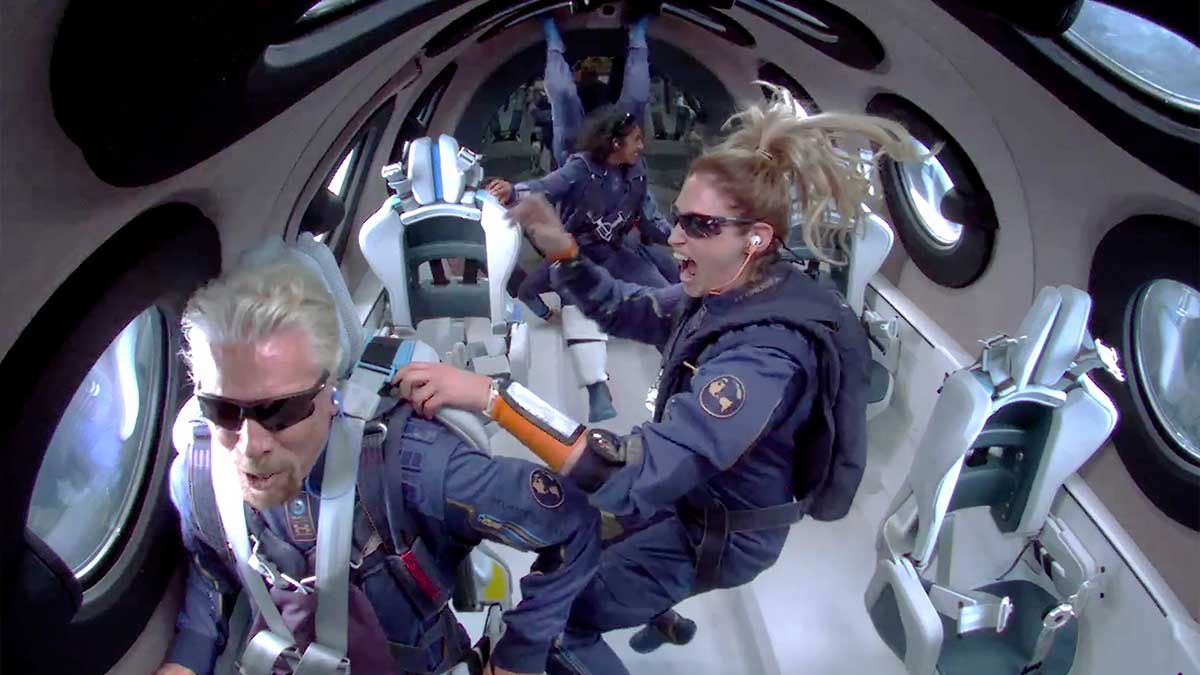 Richard Branson’s Virgin Galactic rocket plane soared more than 50 miles over the New Mexico desert on Sunday, safely returning in the vehicle’s first fully crewed test journey to space, a symbolic milestone for a venture he began 17 years ago.

Branson, who was one of six Virgin Galactic Holding Inc personnel on board, has hailed the voyage as a forerunner to a new era of space tourism, with his firm, which he started in 2004, set to begin commercial operations next year.

“We’re here to make space more accessible to everyone,” declared a delighted Branson, 70, after the voyage. “Welcome to the commencement of a new era in space exploration.”

The successful flight also gave the colorful entrepreneur bragging rights over fellow billionaire Jeff Bezos, the Amazon online retail tycoon, who had wanted to fly into space first aboard his own space company’s rocket. On Instagram, Bezos said, “Congratulations on the flight.” “I’m really excited to be a part of the club!”

Virgin has stated that at least two more test flights of the spaceplane will be conducted in the coming months before it begins regular commercial operations in 2022.

According to UBS, a Swiss investment bank, the industry for space tourism might be worth $3 billion per year by 2030.

Richard Branson’s Virgin Galactic rockets to the edge of space

The shining white spaceplane was taken aloft on Sunday in a takeoff from Spaceport America, a state-owned facility near the aptly called town of Truth or Consequences, tethered to the underbelly of the dual-fuselage jet VMS Eve (named for Branson’s late mother). A substantial portion of the 18,000-acre property is leased to Virgin Galactic.

The VSS Unity passenger rocket plane was detached from the mothership at roughly 46,000 feet and drifted away as the crew launched its rocket, sending it blasting straight skyward at supersonic speed to the blackness of space at a height of 53 miles (85.9 kilometres).

The contrail of the spaceplane could be seen from the ground as it soared through the high atmosphere, much to the delight of the audience below.

The crew then experienced a few minutes of microgravity at the pinnacle of the climb, before the spaceplane transitioned into re-entry mode and began a gliding drop to a runway back at the spaceport.

The space journey for Richard Branson complete flight was lasted for about an hour.