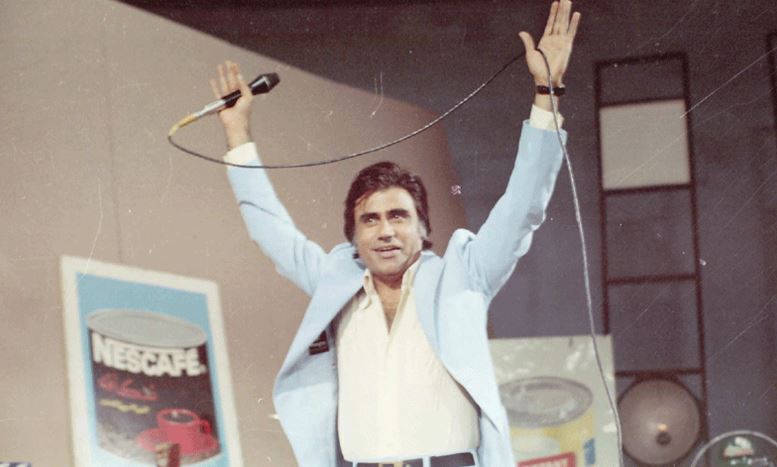 The famous and most renowned television and radio personality Tariq Aziz passed away today on Wednesday 17th June 2020, at the age of 84 years.

His family confirmed his sad news of demise. He was revered by the whole nation and became a household name with the Pakistan first game show “Neelam Ghar” that was later named “Tariq Aziz show”.

He was born in Jalandhar on 28the April 1936. His family migrated to Pakistan after the partition and settled in Sahiwal where he sought his primary education. He started his career from Radio Pakistan in the 1960s and later became the first Pakistani television host.

His Pakistani television game show on PTV channel continued for four decades. Moreover, he wrote poetry and also performed in many television and radio programs.

He acted in Film too. His first film was Insaniyat which was released in 1967. He played some other remarkable roles in Qasam Us Waqt Ki, Har Gaya Insan, and Salgirah. In 1992, the government awarded him with the prestigious Pride and Performance Award for his services to the entertainment industry. Mr. Aziz was a member of the National Assembly from 1997-99.

The whole nation mourned on his death and many notable personalities showed their condolences on the demise of the legendry Tariq Aziz and called him a patriotic and brave personality. Many television artists also showed their grief on his departure.

Saddened to learn of the passing of Tariq Aziz, an icon in his time and a pioneer of our TV game shows. My condolences and prayers go to his family.

Rest in peace Tariq Aziz Sahab. You gave us an era. A childhood full of memories. You gave us gifts and so much more. We forget our heroes too soon. But I am confident you shall never be forgotten. Such was your presence. #RIP #TariqAziz https://t.co/xMNGO29P7s