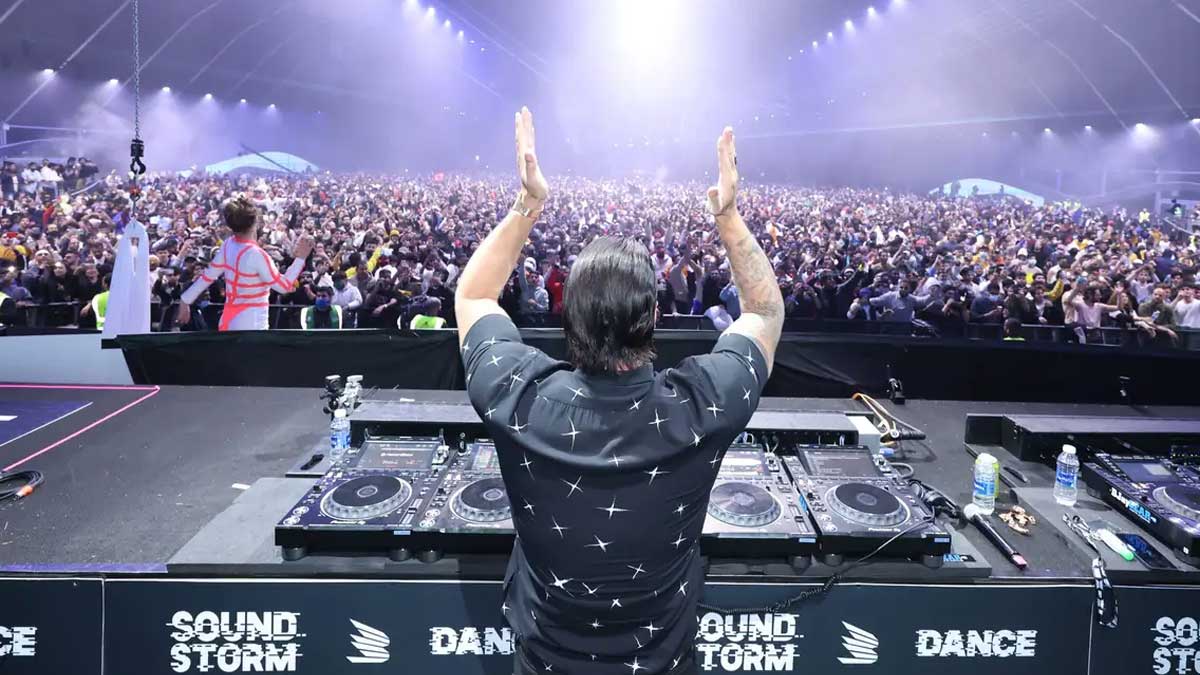 Officials confirmed that the MDLBeast Soundstorm music festival in Saudi Arabia had a record audience of over 700,000 people, marking the end of the four-day event in the oil-rich desert kingdom.

Only a few years after lifting a ban on music and dancing, Saudi Arabia’s leaders are attempting to transform the country’s strict image and diversify its economy with an electronic music festival.

The festival, which ended on a Sunday, coincided with an upsurge in coronavirus infections in Saudi Arabia, as well as growing concerns about the spread of the new omicron variant.

With almost 8,860 deaths, Saudi Arabia has the largest number of Covid-related mortality among Arab Gulf countries.

732,000 people attended the event, which was described as “one of the largest music festivals in the world” by Turki al-Sheikh, the president of Saudi Arabia’s General Entertainment Authority.

Since its inception in 2019, the festival has attracted big crowds, the majority of whom are young Saudi men and women who can openly mix and dance to western music.

Saudi Arabia’s de facto ruler, Crown Prince Mohammed bin Salman, rose to power in 2017 and brought a slew of reforms with him.

The removal of a prohibition on women driving and the acceptance of mixed-gender concerts and other events are examples of a social shift in the conservative Gulf state.

Critics and human rights organizations have said that the monarchy is utilizing major sporting and entertainment events to obscure its dismal human rights record, which includes the assassination of dissident journalist Jamal Khashoggi in 2018.

Saudi Arabia has been investing substantially in tourism, entertainment, and sports in recent years in order to expand its economy away from oil.

Meanwhile, many people have accepted the massive societal changes, however some are very concerned related to the shifting of the momentum.