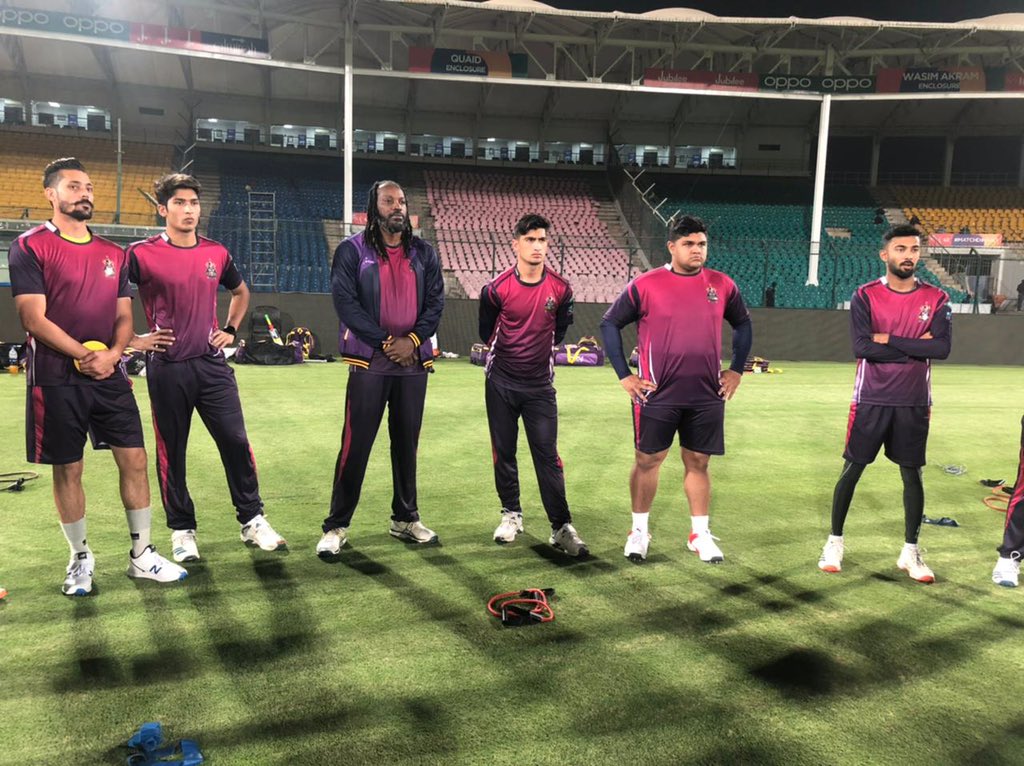 The opening batsman of Quetta Gladiators, Chris Gayle, announced that he will play only in the first two games in the sixth edition of Pakistan Super League (PSL). After second match, Gayle will head back to West Indies to join his teammates to play against Sri Lanka in ODI series.

In the PSL 6 draw, Quetta selected Gayle in the platinum category and believed Gayle would be eligible for the entire tournament. However, Gladiators recently named Faf du Plessis, the former Proteas captain, as Gayle’s substitute for the remainder of the tournament.

Gayle said that after the completion of his international duties, he will try to come back to join the Gladiators team.

“Unfortunately, it’s only going to be two games because I don’t know what will happen after that due to international duty. I have to play a few T20Is for West Indies against Sri Lanka, and after that, we will try to work it out to come back in the PSL as well,” said Gayle.

Meanwhile, with a little disappointment, he ignited the chances to rejoin Gladiators squad again. The hard hitter Chris Gayle have not set a good record till now in PSL, however he wanted to make a good impact while playing for Quetta Gladiators.

For the first two matches of their Karachi Kings and Lahore Qalandars campaign, Gayle will be part of Quetta’s squad.

The 2019 PSL champions Quetta Gladiators will kick off the tournament on 20 February under the leadership of Sarfraz Ahmed at National Stadium Karachi against 2020 PSL champions Karachi Kings.

Meanwhile, Quetta Gladiators faced another setback before PSL, as Sir Viv Richards to miss PSL for the first time since PSL started in 2016.

“Sir Vivian Richards, the coach of Quetta Gladiators, will not be part of the Gladiators team in this PSL after he chose to stay home in view of the extreme COVID crisis across the globe.,” the statement said.