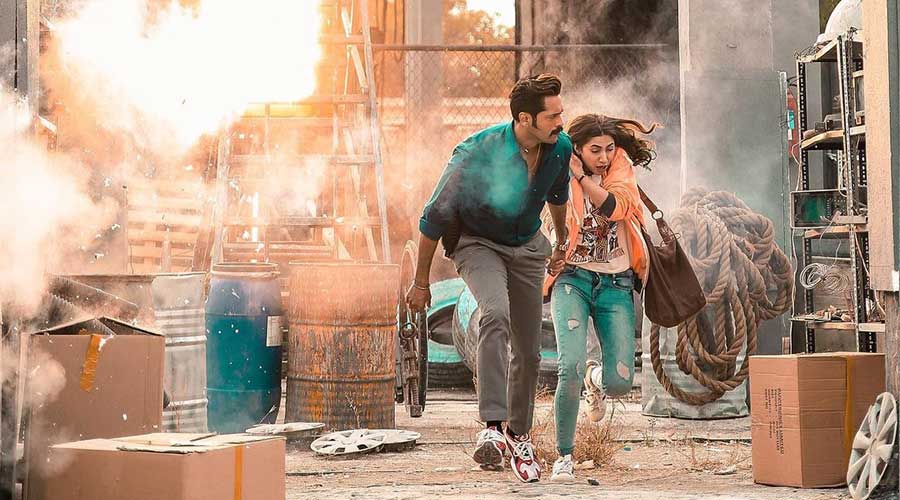 The lead stars of Quaid-e-Azam Zindabad Mahira Khan and Fahad Mustafa are excited for the teaser launch of their upcoming movie.

Mahira Khan the superstar and the top model/actress of Pakistan drama/film industry seems to be super excited about their upcoming film, Quaid e Azam Zindabad.

In her latest Instagram post, Khan posted a still from the film while also revealing major news to the fans in the caption. According to the actor, the teaser for Quaid e Azam Zindabad will be released on Saturday.

“No nation can rise to the height of glory unless your women are side by side with you,” the actor shared a quote of Quaid e Azam Mohammad Ali Jinnah. “Teaser releases this Saturday.”

Fahad Mustafa, her co-star posted a similar thing as he shared a still shot from the Quaid-e-Azam Zindabad film where his character is saving Khan. “A shot from upcoming film #QuaidEAzamZindabad. Teaser coming out this Saturday,” he said.

“I have never worked with Fahad Mustafa,” Mahira previously told BBC Urdu. “I really wanted to work with him but there just wasn’t any time. I can’t even begin to tell you the amount of projects the two of us have been offered together but the timing has never been right.”

Quaid e Azam Zindabad is all set to become the first film to release post-Covid-19. It is not yet known, however, how the film’s release will be handled in wake of the ongoing pandemic.

The movie is helmed by Nabeel Qureshi and co-written by him and Fiza Ali, Quaid-e-Azam Zindabad is an action-comedy that follows the story of a notorious cop, played by Fahad Mustafa. This film marks the first time Khan and Mustafa will be starring opposite each other.