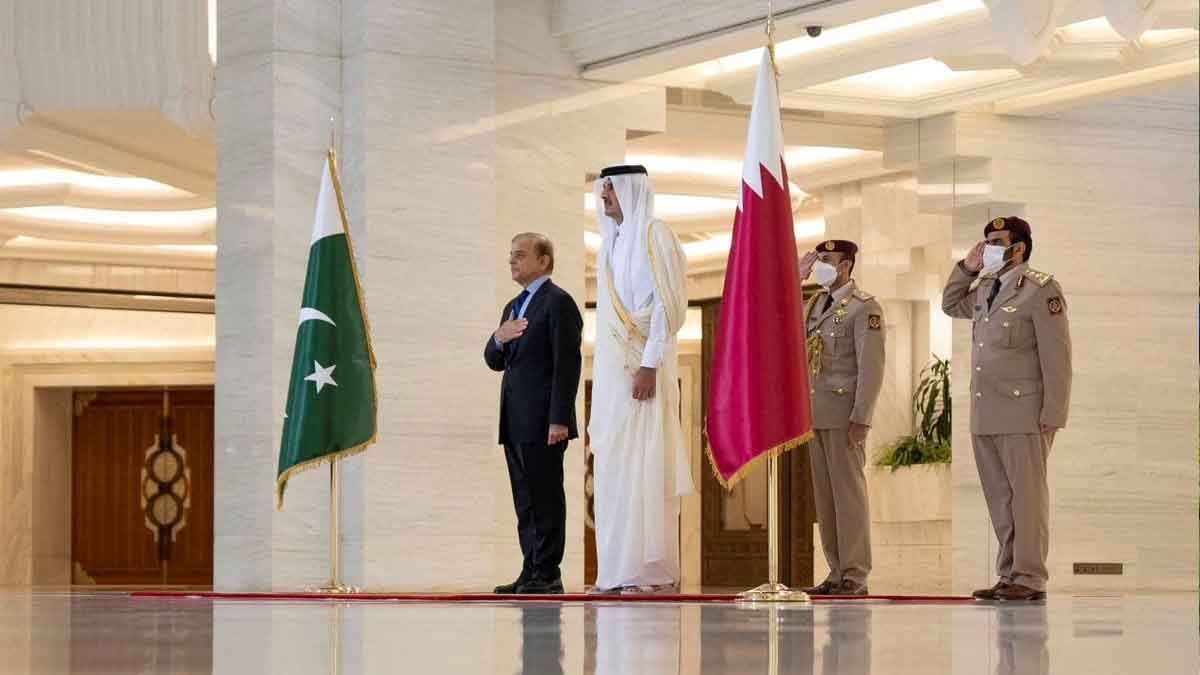 “The hotel and the airline did not come under discussion at all during the entire Qatar trip,” he said addressing a press conference. “Moreover, the Middle-Eastern country is primarily interested in long-term lease of our airports and their management, investment on seaports and fuel terminals, LNG plants and solar farms to be established by the government.”

According to a statement issued by Qatar’s Amiri Diwan, the Qatar Investment Authority (QIA) has declared its intention to invest $3 billion in a number of commercial and investment sectors in Pakistan, which is presently experiencing a severe economic crisis.

The statement was made on Wednesday while Pakistani Prime Minister Shehbaz Sharif was in Doha. After meeting with the QIA, he had official talks with Qatari Emir Sheikh Tamim bin Hamad Al Thani.

Read more: Qatar to invest $3 billion in Pakistan and Saudi, UAE to provide $1 billion each

The Qatari government has demonstrated its “intention to invest in Pakistan,” a senior Pakistani minister who was present at the meeting told Al Jazeera.

This is excellent and goes above and beyond what we required, he remarked. After the Qataris purchase Pakistani assets, the minister continued, it will “increase our reserves.”

Airports, seaport terminals, LNG-fired power plants, solar energy, and stock market shares are among their areas of interest, he added.

With foreign reserves as low as $7.8 billion, barely enough for more than a month’s worth of imports, Pakistan is currently experiencing severe economic turbulence and a balance of payments crisis.

The government also has to deal with an expanding current account deficit, the rupee weakening against the dollar, and inflation that reached over 24 percent in July.

The two leaders addressed ways to strengthen and advance their bilateral ties in “the domains of defence, economy, investment, trade exchange, energy, and sports” during the meeting.

The International Monetary Fund (IMF) envoy for Pakistan said last week that the IMF’s executive board would meet on August 29 to discuss whether to restart a $6 billion credit facility for Islamabad that had halted.

The IMF said last month that it had reached a staff-level agreement with Pakistan, which if accepted by the IMF board, would allow for the transfer of $1.17 billion.

Meanwhile, the country’s external funding requirements had been “more than fully met” for the current fiscal year, according to a public statement made earlier this week by Pakistan’s central bank, which “helped minimize external vulnerability.”

The government of Qatar is looking forward to investing in different segments of Pakistan particularly in energy, trade, and businesses in order to further strengthen the bilateral economic ties between the two countries, State Ambassador of Qatar Sheikh Saoud bin Abdulrahman bin Faisal Al-Thani stated on Friday.

The representative had a high-level meeting with Finance Minister Miftah Ismail at Finance Division.

The finance minister warmly welcomed the Ambassador of Qatar and pointed out the long-established mutual relations between Pakistan and Qatar. He told the envoy that the incumbent government is formulating various reforms and policies for providing better assistance to investors and businesses in Pakistan.

In addition, the impending visit of Prime Minister Pakistan Shehbaz Sharif to the State of Qatar also came under discussion in the meeting.

While welcoming the investment proposals, the finance minister assured the Qatar envoy of full support and cooperation from the government.

Afterward, the finance minister held a virtual meeting with the delegation of the Lahore Chamber of Commerce and Industry (LCCI).

The minister was told about LCCI’s contribution to the economic development of the country and also explained about problems being faced by the business community in Pakistan. The key problems referred to the profiteering behavior of banks, disputes in the provision of LCs for import of heavy machinery, and differential rates for import in FATA and PATA affecting the operational efficiency of this chamber.

After discussing the issues with LCCI, the finance minister assured the LCCI team that many issues have already been settled while the remaining issues would be resolved at the earliest time possible.