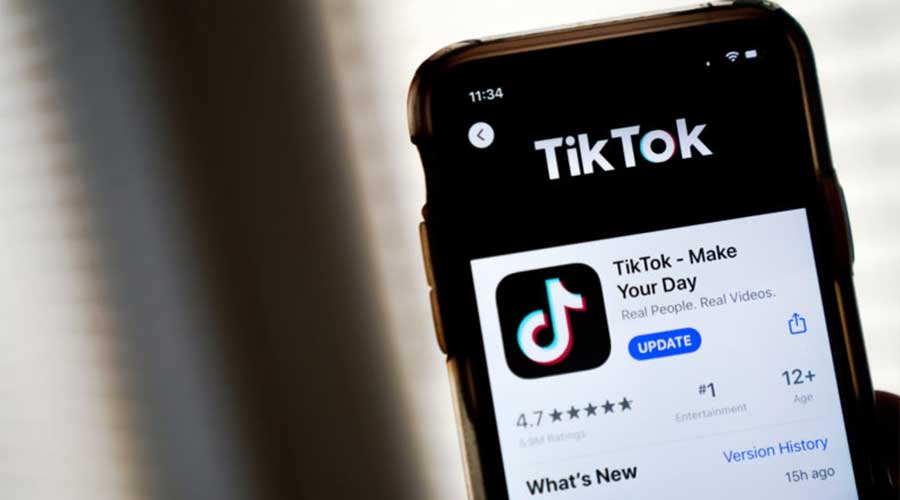 Pakistan Telecommunication Authority (PTA) and TikTok officials are in discussion to unban the app in Pakistan after a virtual meeting held on Monday.

According to a notification issued by the telecom regulator, the TikTok management and PTA discussed moderating of unlawful content in accordance with laws of Pakistan.

TikTok officials highlighted the efforts already made by the social media app apart from discussing future plans in terms of moderating indecent and vulgar content in Pakistan.

TikTok, in an effort to have meaningful engagement with PTA & in compliance with instructions of the Authority with respect to moderating the unlawful online content in accordance with laws of Pakistan, held a detailed virtual meeting with Chairman PTA.

Chairman PTA while acknowledging the efforts of TikTok asked for tangible timelines for the proposed actions. Both sides resolved to continue their engagement to arrive at a mutually acceptable mechanism to continue to provide #safeinternet experience to the users in #Pakistan.

TikTok, the most popular application that grasped the youth in a very short period of time got banned in Pakistan after it got blocked in India and other countries. This video-sharing service TikTok became a household name all around the globe in no time and the young generation was at the forefront of using the application to showcase their theatrical talent and engage with one another.

But the increasing number of complaints getting received by PTA prompted the authority and they finally banned this application in Pakistan after many warnings. According to the authority, indecent and immoral content had been observed on the app, although TikTok users were warned many times before but all in vain.

However, the public doesn’t seem happy with the application’s ban and they are now trending to unban it on Twitter. Interestingly, one of the leading stars of TikTok Jannat Mirza who crossed 10 million followers becoming the country’s most followed TikTok celeb did not say a word against the decision of the government rather supported the decision and said, “I, myself, wanted a ban on TikTok in Pakistan, but it should not be on a permanent basis,” she told various news publications.

“In general, it was a good app. It was accessible to everyone. So much talent emerged through this app,” she emphasized.

One of the supporters of TikTok tweeted, “content is not on tiktok, it’s embedded in our sexist society where women cannot wear yoga pants on tv or drive at night, & children are picked up & assaulted. Have deteriorated so much. Look what’s happening in madrassas, in open public spaces- the problem is NOT tiktok.”

“My friend left his job to start an ad business on TikTok. He was employing people & making Pakistanis on TikTok money. Today the PTI government because they cannot control content reflecting people’s anger at poor governance banned TikTok and destroyed his livelihood #unbantiktok”

“So you can’t find immoral or indecent content anywhere else on the internet or mainstream media for that matter? Shitty logic as always and a. Blatant violation of our freedom of thought and expression. #tiktokbanned”

“PAKISTAN: In the name of a campaign against vulgarity, people are being denied the right to express themselves online. The #TikTokBan comes against a backdrop where voices are muted on television, columns vanish from newspapers, websites are blocked and television ads banned.”

“When I was young, there was no media, no tiktok, and no smartphones. Still I was harassed more than once. Is banning really a solution? #BANNED”